Pocketgamer Connects London: What can games do to improve the world? 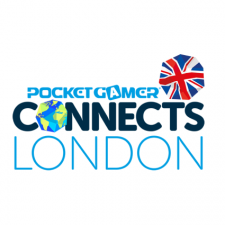 Pocketgamer Connects London 2023 is well underway, with a schedule chocked full of industry experts and insiders discussing a variety of topics, and giving their views on the industry.

One such panel saw a group of experts discuss not just the industry, but the positive effect that games can have on the world at large.

The panel discussed numerous ways that gaming has affected positive change in the past, and the willingness players have to affect change. One example cited was the Pokémon Go Beach Cleanings, which sees players of the Niantic hit take to beaches around the world on April 22 every year to participate in keeping them clean in an effort to protect the environment.

The panel also stressed the importance not just of integrating good causes into the games, but in leading by example. The panel cited a study which showed that 88 percent of consumers feel more loyalty to companies which are supporting environmental issues, while 74 percent of employees at these companies feel more fulfilled. As such, it’s clear that not only do businesses which champion environmental causes have a positive impact on the planet, but the effort is rewarded by more engaged customers – and employees.

Connecting us to a world we can save

Although the climate crisis may seem dire, the panel stressed the importance of action. Gaming can inspire consumers to act, making sensible changes in an effort to live in a more environmentally friendly way. Moreover, gaming is quickly proven to be a leader among industries in terms of not only championing climate action, but making significant changes.

Crucially, the panel noted that emissions often come from unlikely places, citing a recent study which found that 30 percent of Activision Blizzard emissions came from user acquisition. As such, game makers should consider their actions and the environmental cost, as well as consider more ecologically friendly alternatives.

The panel also discussed the positive impact gaming can have not on the environment, but on the player base, citing players who have forged connections with like-minded people through gaming. Such connections can prove vital to the mental health of users, especially as they may allow connections between people who are unable to freely express themselves due to local regulations. Gaming, therefore, doesn’t just offer the potential to platform meaningful change but to enact it on a wide scale.

In October, we reported that Iran has blocked the popular title Clash of Clans amid concerns that protestors against the government could use the in-game chat feature to arrange demonstrations.