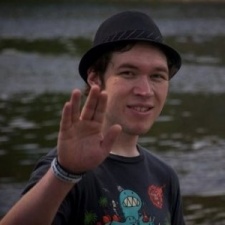 Pocket Gamer Connects Digital is back for 2021, set to bring together some of the finest voices in the games industry and beyond.

PGC Digital #5 takes place on February 8th - 12th. To give you a taste of what to expect, we'll regularly be publishing interviews with the speakers at the show.

The conference spans across five days and will feature a broad selection of tracks, talks and speakers, as well as various fringe events and the return of our meeting system. For more details on PGC Digital and to book a ticket, head to the website.

Today's spotlight is on Patrick Martin, developer relations engineer at Google. Martin is a seasoned mobile industry dev and has worked across iOS and Android titles such as Space Miner: Space Ore Bust and Monopoly. At Google, he works with developers to leverage Google's Firebase to help broaden the audiences of live games. Martin will be heading to PGC Digital #5 to share his expertise on that in a talk called 'Firebase: The Power of Google in the Palm of your Hand'.

I help educate external developers about Firebase via presentations, videos, tutorials, and code labs as well as influence internal product direction to ensure that we continue to meet the needs of game developers.

I've always been fascinated by games - whether they're physical or digital - as well as computers and technology. From almost the moment I'd gotten my first computer, I'd been building games in some fashion and love that my biggest hobby and my career are the same thing.

There has never been a better time to get into game development. Whether you revel in the technical minutiae of how computers fit together and work, have a brilliant idea but lack the technical chops, want to bring your digital art to life, or want to push the next frontier of gaming the tools are more accessible and more affordable now than ever before. I think the most important thing to do is act rather than worrying about the perfect or "right" way to build your game.

More than ever, the mobile space is moving from a fun auxiliary platform to the core of forward momentum. Games like Genshin Impact and Among Us are thriving on mobile and the influx of major developers such as Riot and Activision are a clear signal that it's worth considering mobile-first rather than simply including phone gamers.

I expect the influence of mobile to grow, both in genres considered incumbent to the mobile space as well as titles previously considered too "complicated" for the platforms. If in the next 12 months we can finally meet in person again, I think it would be a mistake to not add local interactions to our games in some way and follow our new players back out into the world.

My degree focused on building PC and console games and on the first day of the first job I walked into a desk covered with "feature phones". Almost every aspect of the game market - especially on mobile - has changed from the technologies we use to build games, how they're sold and make money, when and why you need a publisher, and the need to build and grow a community of players.

I love connecting with other game developers, even if it's in the digital space. I can't wait to learn what issues other devs are having, how they're overcoming them, and just having somewhere where I can safely nerd out about gaming topics.

Speaker Spotlight: "The best way to show you can make games is to make games," says Auroch Digital CEO

Speaker Spotlight: "Be open to all opportunities that come your way," says Luna Labs' Adam Stevens

Speaker Spotlight: HipHopGamer on being 'authentic and fearless' in an ever-growing gaming sphere