The 10 commandments of free-to-play game design

Thou shalt not try to change free-to-play 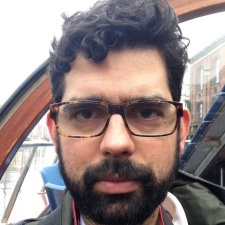 At Pocket Gamer Connects Helsinki 2016, Reginaldo Valadares, Head of Production at Rovio Entertainment, gave a talk on the "ten commandments" of free-to-play design.

He started by stating that free-to-play is not just a fad, saying "if you think about 'free', it's everywhere, it's not only on mobile platforms", pointing to PC title League of Legends and other non-gaming free tools.

"It's up to you whether you want to go free-to-play or not," said Valadares. "But there's one thing you should never do. You should never try to fix it."

He then went on to talk about treating your game as a service from the beginning, implementing an involved metagame and finding the fun.

Rovio on balancing luck and skill in Nibblers