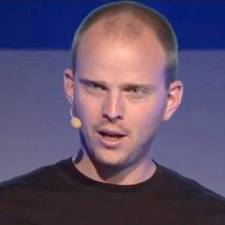 Mikael is native of Finland and has been working and doing business in China since 2004. He started his China career with Finpro, Finland Trade Center, assisting Finnish ICT companies in China market. In 2008 he founded his first company, Posse Ltd, which has since provided numerous leading European handset and mobile VAS related companies with market entry, business development, and sales representative services.

At Pocket Gamer Connects Helsinki 2016, William Heathershaw, Business Development at Appfluencer, led a panel of experts in a discussion on the changes in the global mobile markets.

He was joined by:

When asked about current games industry trends, Kooistra said "we get a lot of questions about Pokemon GO and what it means for the industry," saying it is the first commercial success for augmented reality but not every game will be trying to mimic it.

Park suggested that developers looking to go global need to "understand the difference between the countries," such as how to communicate with not only the companies but also the players in that region.