In-game advertising has gained a bad reputation with some developers for having a negative impact on games and discouraging players. Anzu's Lev Kommisarchik sets the record straight. 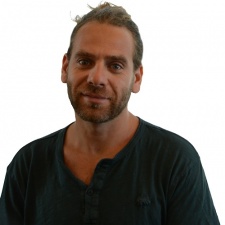 Lev Kommisarchik is director of mobile games at Anzu

In-game advertising has had a tough ride. In the early days, mobile in-app ads were mostly interstitials that popped up in your face during a game, advertising the most obscure products known to man, and frustrating players.

The fact is that mobile advertising has come a long way, especially when it comes to gaming. Advertisers everywhere have begun to understand this and, as a result, are keen to make gaming a larger part of their advertising focus for 2022.

However, when it comes to mobile game developers, many still associate in-game ads with bad experiences that interrupt the gameplay and put players off.

I’ll be highlighting common misconceptions about in-game advertising based on the many conversations I’ve had with mobile game developers and why they should be left behind us as we continue into 2022.

1. In-game ads have a negative impact on gameplay

One of the big fears from developers is that in-game ads will result in negative churn rates, sending players away from the gaming environment via clickable placements. They also worry that the ads will feel unnatural and devalue the games they have worked so hard on.

Today, most advertisers understand that to communicate with their audience effectively and leave them with a good impression, they must respect the environment they are reaching them in.

For gaming, this means running ads that match and fit the virtual environment and that don’t interrupt players. As a result, non-clickable and non-disruptive ad placements have emerged as a highly effective way for advertisers to reach their audience. It is a great way for developers to monetise their titles without compromising the player experience.

New technology has enabled in-game ad placements to natively sit in the background of games on 3D objects like roadside billboards in racing games, stadium banners in sports games, and on the side of buildings in simulation or adventure-based titles. By mirroring ads found in the real world, rather than disrupting the experience, these placements can add to the realism of the environment. Many developers will create fake ads to make the setting seem realistic. This is especially true for racers, sports sims, and city exploration games.

Speaking about Anzu’s in-game ad placements within the popular sports simulator Axis Football, one gamer said: “The ads in the stadium add a lot of life and realism to the game. Just like in an actual stadium, the billboards and banner ads reflect real-life products, and they change from season to season and sometimes game to game. Having this feature in Axis Football elevates the immersion in the stadiums by a lot.”

Bringing in ads from real brands can help titles retain a sense of relevance and realism. Imagine seeing an ad on a roadside banner in the real world and then jumping into your favourite racing game and driving past the same ad moments later in the virtual world. This immersion and blending of how ads work in the real and virtual worlds will continue to become commonplace, especially as we move towards the metaverse.

2. Developers lose control over their games

Reputation and how players perceive titles are extremely important for game studios, so retaining complete control over the experience is often a must for developers. There is a common misconception that if you open a game up to advertising, you have no control over what, where, and how the ads are displayed.

To ensure developers retain complete control, we work with them to integrate our software development kit (SDK) and optimise the ad placements to ensure they sit within the best possible places within the game, where they won’t interrupt the flow or the experience.

Our publisher dashboard then provides developers with all the tools they need to retain control over every aspect of the ads, including data, pricing, content, ad formats, ad density, and frequency.

Many tools are also now available to developers to help them ensure they are getting the most out of their placements. These include allow and blocklists, which let developers approve and deny ads from specific brands and verticals within their titles, contextual targeting, which helps match an ad campaign with the right gaming environment, and 3D ad tracking, a unique technology developed by Anzu to help ensure ad placements are optimised to allow developers to get the most out of them and maximise their revenue.

The pandemic was not only instrumental in bringing more people into gaming, but it helped brands see the enormous, largely untapped potential of the market. With digital banner blindness, out-of-home (OOH) placements non-existent during lockdown, and more eyeballs turning to gaming, advertisers began shifting budgets towards the channel and have continued to do so.

A recent study we carried out on UK gamers shows that 60% of them played more during the pandemic, and half expect to carry on playing the same amount.

With 3.2 billion gamers worldwide, gamers are an incredibly diverse group of people of different ages, genders, ethnicities, cultures, lifestyles, and backgrounds. Combined with extremely high engagement rates, low fraud rates, and global reach, many of the world’s biggest brands and advertising agencies have set up arms, divisions, and teams, focused on helping them figure out their gaming strategies.

As more and more look to gaming, developers have a huge opportunity to capitalise on the flood of budgets shifting to gaming from other advertising channels.

So there you have it. As we move forward into 2022, I’m sure that in-game advertising will continue to become the preferred monetisation model for mobile game studios everywhere as they continue to discover the huge benefits that it presents them with. Not only in terms of revenue but also in providing their players with a fantastic experience without compromising on the gameplay or charging them excessive amounts of money to play.

To find out more about implementing Anzu’s in-game ads within your titles or to talk about anything I’ve raised in this article, please don’t hesitate to get in touch.

This was part of the Knowledge Base topic KnowledgeBase: In-Game Ad Monetisation. For more articles in this topic click here.
Tags: