In the first of a new Knowledge Base series, in partnership with Anzu, PocketGamer.biz explores how APPS implementation of in-game ads reimagined the studio's monetisation 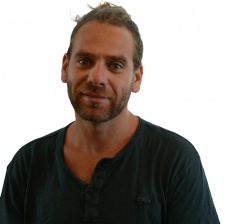 This is the first in an ongoing series of Knowledge Base articles from PocketGamer.biz, created in partnership with Anzu, in which we explore the rapid evolution of advertising in games and the opportunities opening up for developers and publishers worldwide.

Advertising in games has come a long way. Gone are the days of clunky ads and disruptive banners that interrupt play.

The future of advertising is here, and innovative ad formats are helping advertisers and game publishers work together to bring immersive non-disruptive advertising experiences to players around the world.

If you haven’t played their titles it’s likely you’ve seen someone playing them either on the commute to work, on social media (Fashion Battle became an overnight sensation thanks to TikTok), or next to you on the sofa!

Lev Kommisarchik: What makes APPS stand out from other studios?

Orhun Mert Simsek: The whole company has an engineering mindset, and we ensure everyone in the team has a chance to contribute to new games, inner tools, and new product ideas.

We aim to create a great working environment to enable fast learning and open, communicative, and self-leading co-workers. We’re also highly adaptive and agile and are continuously looking for new ideas and technology that can help us improve the experiences we create for our community.

Why did you decide to implement in-game ads?

We aim to put players first, above everything we do, and to improve our games based on their feedback. We needed a way to fund our work - however, we didn’t want to compromise on the gameplay, nor did we want to charge players for playing our games.

After hearing about Anzu’s in-game advertising formats, bringing them on board was a no-brainer as they don’t interrupt the flow of our experiences, are not clickable, so they don’t take players away, and they add a sense of realism to our games by appearing on posters and banners which are placed alongside our tracks, much like they would in the real world.

A bonus is that we can also use them to cross-promote different games from our offering, especially when we launch a new title or we implement a big update - this is a really cool way to communicate with our audience that feels natural and non-intrusive.

We initially tested Anzu’s in-game ads out in Trivia Race 3D. After seeing the fantastic results and hearing positive feedback from our players, we implemented them in another game called Carpet Roller, and when we were creating our latest title Fashion Battle, we were mindful that we wanted to use in-game ads to fund it and so we ensured we built the game with this in mind, building the placements in during the creation process.

Were the ads easy to integrate?

When a new SDK is added, it often causes collisions with others. Anzu was on hand to help with this and their fast response times and overall support were really helpful in getting us up and running as quickly as possible.

Anzu also advised us on what placements to add and, over time, helped us optimise them to ensure they were in the best possible positions to be viewed by our players, ensuring we were getting the most out of them. Their ongoing support is one of the main reasons we have continued working with them.

What success have you seen?

Anzu has helped increase our in-game ads revenue by 131 per cent, with them now making up between 5-10 per cent of our total monthly revenue. Part of this growth comes from some countries where we did not initially see much engagement. However, after implementing Anzu's technology, revenues began soaring, and in-game ads now make up more than 50 per cent of our monthly income in several different locations.

We’ve also had really positive feedback from our players on them, with many liking the sense of realism that they add and saying they naturally feel part of the experience.

Anzu also helped us implement video ads for the first time, which have performed really well and had a big impact on our overall in-game ad revenue. It was really easy to start making additional revenue as soon as everything was implemented as Anzu manage all the deals and optimisation of the ads from their end.

The transparency and consent framework (TCF) 2.0 gives publishers greater control and flexibility for how they integrate and collaborate with their technology partners with the ability to restrict the purposes for which personal data is processed on a per-vendor basis.

What impact has implementing the TCF 2.0 framework had on your games?

This was something that the Anzu team recommended doing, and I’m glad we did, as it has allowed us to open our games up to even more brands and agencies across Europe. Our EU revenue before adding TCF 2.0 at the beginning of 2021 was between one to five per cent. After implementing it now makes up 20-23 per cent!

With Anzu’s help, we have also welcomed ads from advertisers across the globe, offering them global reach, with our top regions including the US, UK, France, Canada, and Australia.

Did you hear any feedback or witness any gameplay behaviour changes from players?

We are regularly in touch with our community of gamers and haven’t had any negative feedback from them since we added the in-game ads, making me believe that they are a natural fit within our games.

To take this a step further we ran several A/B tests to see how well in-game ads worked in comparison to interstitials. The exposed group of gamers played our games with in-game ads and the control group with interstitials.

The experiment revealed that the control group saw lower retention rates while the exposed group was not affected, reinforcing the fact that Anzu’s in-game formats perfectly suit our games.

What would you say to another studio thinking about using in-game ads to monetise their games?

I would recommend in-game ads as, like I previously mentioned, they do not interrupt the experience or send users away. Also, if you are unsure where the ads will work best in your games, Anzu is excellent in providing recommendations and advice because the team has learned from years of experience.

We took their advice, to begin with, and have then been A/B testing different areas, times, and placements to see what works best. This optimisation process is worth it as it has helped us figure out precisely what locations work best to ensure we optimise the placements for optimum revenue.

To find out more about Anzu and how the company can help monetise your games, visit the Anzu website.

This was part of the Knowledge Base topic KnowledgeBase: In-Game Ad Monetisation. For more articles in this topic click here.
Tags: