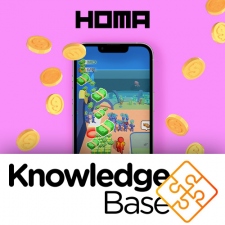 Luba Prisyazhnyuk, content marketing manager at Homa outlines the key elements and insider secrets the company has discovered for creating and publishing a successful hybridcasual game.

Now that you are familiar with the opportunities and challenges in the Hybridcasual genre, as we highlighted in the series' first article, let's dive into the cheat codes to break into the genre.

When creating a Hybridcasual game, the essential idea is to remove complexity for the audience to get hooked from the economy to the controls, all down to the game's design. Always remember: the mainstream appeal of these games means players should understand the gameplay within a few seconds of playing. You could try the following options to help you do so:

The players should know that they will enjoy the game for hours within a few minutes of playing. So, it is not a typical hypercasual mobile game focused on short-term engagement. Instead, there are various options of meta content, which could layer in user retention.

Incorporate collectable systems (coins, gems, skins) to appeal to the sense of completion

Include the decoration/restoration meta, where players could disclose their artistic individuality through the environment design. Another option is the construction meta, in which building something could be one of the game's main objectives

Integrate upgrading mechanics, allowing to level up characters, gear, skins, and buildings to address the feeling of power (RPG element)

Homa’s team redirected the title towards the idle genre for Aquarium Land, increasing RRD1 and RRD3 by 3pts. They introduced an automated worker feature as part of the fish collecting, which boosted retention.

Note: Even when including the deeper meta layers from other genres, don’t overcomplicate players' decision-making. Instead, automate actions when possible to bring the user back to the core gameplay (e.g., click on one button to upgrade a character).

Since Hybridcasual implies higher IAP revenue (at least 30 percent), you need to adapt your thinking for each audience you aim to build for.

Moreover, think about the post-launch - continuously optimise features, meta-layers, level designs, and art capabilities to keep increasing retention, and never forget to A/B test everything to boost the LTV.

In Aquarium Land, continuous feature optimization increased RRD1 by 4pts, RRD3 by 3pts, and IAP LTV by 56 percent on IOS within two months.

Cheat code #5: Identify your most engaged users and provide them with the content they enjoy

When building your games, put your audience's preferences first. Test different characters, meta, features, and assets and follow the reaction of players.

By the way, Homa is building on its web3 tech stack and IP portfolio, allowing developers to focus on the game rather than the tech. For example, one of the characters from the portfolio, Valentine, amassed a 260K community on TikTok & 211K on Twitter, which you could leverage for your titles.

Developing a Hybridcasual game boils down to thinking beyond the core loop of a hypercasual and transitioning your mindset to think deeper about where the expansion of your game could go.

To put your best foot forward is to carefully think in your ideation phase to include additional features alongside deeply integrating them as a profound part of your main game.

Remember that the key audiences are the same as hypercasual, so players can have a valuable and meaningful experience even on short session times. While the market is shifting more into the Hybridcasual model, some essential rules making hypercasual successful remain valid. Innovation is key.

To stay up to date with more insights, read the upcoming series, where you will see the dissection of a successful Hybridcasual game and a deeper categorization of the genre.