Yes, but it depends on the UA channel 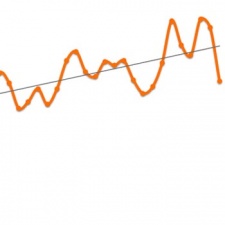 The underlining assumption in the world of user acquisition is that buying an install for your game or app is becoming increasing expensive.

Indeed, it's now so expensive to run such campaigns that some marketing people say you need a minimum of $250,000 to properly launch a F2P game.

So what to make of UA company Fiksu's graph for the changing cost of CPI for games during 2014?

Sure there are plenty of peaks and troughs, but for both Android and iOS, we can see that price of an install was the same or less during December than during January.

There was only one thing to do - ask?

As is often the case, the answer was another graph - this time showing what Fiksu calls the 'cost per loyal user' or the cost of buying an install that will result in that user launching your game or app at least three times.

(We can think of it as an equivalent but enhanced CPI cost.)

Once again we can see the peaks and trough as dictated by market conditions. However, the addition of a trend line shows us the underlining situation.

Yes, the costs of buying users are rising - roughly up 50 percent over two years.

Devil and the detail

"Our CPI Indexes include the full spectrum of advertising sources, from expensive traffic like Facebook to lower-cost incentivized traffic, to better reflect the overall industry picture," he said

In this context, Fiksu has found that some traffic sources - those that can provide high quality users - are becoming more expensive, while a general move to real-time bidding systems which use an automatic AI approach to buying traffic (programmatic UA) is reducing prices.

"In December specifically, games CPIs fell as few games made the big holiday push of years past," Kiladis notes.

So, in conclusion, although there are different trends in different channels, the overall trend is that the cost of buying users - especially high quality users - continues to rise, just not always month-on-month.

Cost of a loyal iOS user rose to $2.10 in December