A day in the life of a Game Art Director 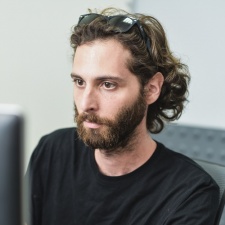 Erez Kramer is an Art Director at Ilyon Dynamics.

Music, TV, books – they've all gone digital, accessed through devices that just a few years ago didn't even exist.

But those aren't the only expressions of popular culture that have gone digital. Art, once created and stored in a gallery, has now also been set loose in the digital world – on “classier” websites and in games and game apps.

For example, characters from the classic video game Grand Theft Auto were the model for avatars for a film by two British filmmakers.

Larry Achiampong and David Blandy developed the real-life stories of seven teens from Newcastle using models from GTA because “we've been looking at the history of cultures of violence and when we were thinking about taking that into the virtual realm, it seemed to make sense to place that within something that’s synonymous with violence".

The film, the pair told the BBC, “is not just a space for escapism, it's actually a space for philosophical inquiry and self-discovery".

It doesn't get more high art than that.

The importance of art in games

The truth is that every game has an “art angle,” a design that was laid out to match the game's tone, backstory, audience, age level, and theme. While some games are more “invested” with art than others, the art itself gets “shortchanged” at times.

Observers have commented on how in art in games often compares to the various styles and schools of art, both classical and modern, but still many more games get only a cursory art “treatment”.

Game companies need to “fill the shelves” of the App Store and Google Play and often must get titles out quickly - which means less time for art.

Art directors do their best to align the design of a game with its players and themes.

Any good art director does his or her best to make their game look good and stand out among the many thousands of alternatives. For many players, the background and theme will make or break whether a player decides to download and/or pay for a game.

Different lines of games will entail different design ideas. For example, an “epic” type game (like the God of War series) will include grand, sweeping vistas and backgrounds, while an animal or jungle-based theme will more likely lend itself to larger, more cartoonish and colorful backgrounds, providing more color diversity.

The straight green of a jungle or forest can be a little monotonous, and this is a game after all. For kids’ games, designers will utilise primary colors, along with bigger drawings and less detailed backgrounds.

Then there is the more subtle use of colour, shadow, black and white themes, 3D, and other techniques to express a feeling and aura in a game.

One good example of this is Playdead's Limbo, a game drawn in black and white, which plays with shadow and light to evoke a post-apocalyptic world of destruction that the protagonist seeks to make his or her way through.

Given the limitations, the fact that game design can indeed aspire to the level of art is only due to the highly skilled art directors and their teams – because unlike in the days of “analog” art, artists do not have weeks or months to complete a “work”.

Even an artist like Picasso, who eschewed traditional forms of art (including investing time and effort in themes) and painted really, really quickly, may not have had as heavy a workload as art teams in the digital world.

Today’s game artists have to come up with different scenes and scenarios for games that are released by their game studio on a regular basis – with some companies releasing several different games each month.

The competition in the games business is such that teams have to be versatile and flexible, moving from one theme to another, one age group to another, at the drop of a hat.

It pains me to make this comparison, but for many publishers the games business is a lot like the soda business.

While there are exceptions (and some very successful ones, too) for some publishers the name of the game is shelf space, and the more titles a company has, the more likely they are to get the attention of the playing public, which is always looking for the latest and greatest.

It pains me to make this comparison, but for many publishers the games business is a lot like the soda business.

Updates, sequels, retreads, and all the other tweaks that are issued on a regular basis to keep a community of gamers interested and active are also part of this workload.

For companies and art directors, then, it's the staff of artists that they rely on to get the work done that constitutes the most important aspect of gaming art success.

As an Art Director, I of course seek out staff who know the basics of their craft, and can present a good-looking portfolio that fits in with what we are doing.

But even more, I look for people who are creative, and especially who can make that switch between themes and ideas as needed, giving their all to the hot project of the moment.

Those kinds of artists – the ones who have a real love of their craft, and are really into art, not only as a job but as a way of life – aren't always easy to find. And it's a staff like that that can make a game really stand out.

If you know any good artists with that kind of love of craft, do me a favour – please send them my way!