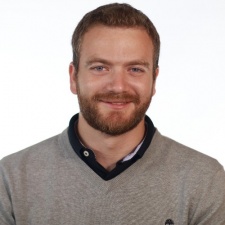 One studio in the midst of the casual gaming boom right now is Israeli developer Ilyon Dynamics.

When we spoke to CEO Yonatan Erez two years ago, the studio was releasing as many as 10 games a week with its 25-person team.

As its portfolio grows in popularity, the studio now houses over 100 staff - quadruple the number it had just two years ago.

“There is a lot to achieve and grow in terms of KPIs, and we need to adjust the organisation accordingly to achieve our goals and increase our audience engagement and amusement.”

That focus on live ops seems in stark contrast to the studio’s principles two years ago. Molodetsky says a large portfolio is still key to the studio’s aims, but there is also potential to get more out of its existing lineup.

“The most significant potential for us relies on improving the KPIs and investing more in our games in order to improve and optimise even the smallest details,” explains Molodetsky.

“Additionally, sustaining a broad portfolio is essential for risk diversity and user acquisition scaling and we don't want to give that up.”

While not designed with engagement mechanics like clans, for example, casual games like Bubble Shooter can still engage users over the long-term should the become enticed by the simple gameplay. Often it's the easy-to-learn yet hard-to-master line such casual games need to tread.

Molodetsky claims Ilyon’s games are “well known for their good retention” as it continues to add new levels, features and content to its titles.

And keeping that large userbase active is key to keep expensive user acquisition costs down.

The most significant potential for us relies on improving the KPIs and investing more in our games.

“Our broad portfolio enables us to do cross-promotion between the games, which reduces the costs of buying users and allows a faster learning curve on creatives.

“Unlike other casual companies, most of our user base is organic and not acquired.”

Eyes on the future

As the studio looks ahead Molodetsky reaffirms the studio’s aim to make more from its existing portfolio through better revenue-driving features, as well as expanding its live ops.

“We believe that we could really grow on this platform and reach another type of casual gamers,” says Molodetsky.

But these aren’t the only developments afoot for Ilyon. Molodetsky teases it could look into some M&A activity in future.

“From its founding, Ilyon has always been a bootstrap company,” he states.

“We are fully committed to continuing to grow the company and to build a long-lasting, stable gaming environment, and we are currently satisfied with our venture.

“Further down the road, we are considering merging with small studios because we believe that it is an excellent way to keep growing, to diversify our portfolio and to collaborate with other successful companies in the industry.”

Pocket Gamer Connects Helsinki 2018 will be hosting its first ever 'Game Changers: Hyper-casual and instant messaging' track on September 11th to 12th. Visit the website for further details.