Mobile native ads: Should we believe the hype?

Leadbolt discusses the pros and cons 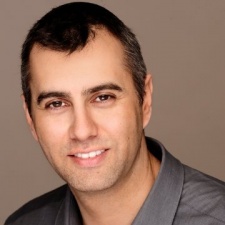 Dale Carr is Founder and CEO at Leadbolt.

Mobile app publishers and marketers have many options when it comes to mobile advertising formats.

From video ads, to rewarded video ads (aka incentivised ads), display banners to full-screen interstitials, rich interactive ads, and mobile native ads, it can be a challenge to discern the unique benefits of each.

It’s a delicate balancing act, as mobile app publishers and developers look to effectively monetize their free mobile apps (It’s a business, after all), while simultaneously protecting the user experience.

Strong claims are being made throughout the advertising industry about the efficacy of mobile native ads:

According to the report (published April 2016), “Third party in-app native advertising (native advertising that is operated and served by a third party onto a publisher’s inventory) will be the fastest growing format and a key driver of mobile advertising.” IHS research shows that it will increase an average of 70.7 percent a year in terms of revenues to reach $8.9 billion in 2020.

These can take on a variety of forms. Here are some examples:

In this casual game example, the install ad appears in the menu of “Bonus” options from which to choose.

For RPG games, an ad that incorporates a character that aesthetically matches the theme of the game, will blend nicely and appear to be an extension of gameplay.

In this racing game example, the ad appears when the player is asked to select their vehicle. The ad utilises the same colours and race track design of the game.

For example, an advertiser may also sponsor an in-game bonus or reward, removing the IAP expense for the player. The player knows that the brand made this possible for them, thus, further increases brand sentiment.

Custom Native integrations may create in-game cross-promotion opportunities. For example, publishers can feature or introduce characters from advertised titles into the gameplay.

In racing games, environmental designs such as billboards and wall posters throughout the city-scape represent lifelike opportunities to promote engagement with other titles.

To the nay-sayers, pessimists, and devil’s advocates, let’s get some of the perceived negatives about native ads out of the way first. (And for the record, realists are to be applauded. Studies show that pessimists - the planners, worriers and cynics among us, are actually better prepared and more successful for having anticipated trouble and worked through worst-case scenarios.)

That said, let’s talk about the dark side:

Wallflower syndrome. The blending of an in-app native ad into the mobile environment has the potential to be bypassed or ignored by a mobile user who isn’t keenly interested in the ad offering.

By nature of being a more coy placement strategy (as compared to video ads placed at the opening of an app, or pop-ups), native ads successfully weed out less interested audiences.

As the adage goes, “It’s always the quiet ones who are the most interesting.” Native ads rely on a quiet confidence to attract attention from quality, often higher-value audiences who matter most.

Automated Assembly. Okay, this one is actually neutral and depending on how you look at it, can be a positive time-saver for creative production teams. Unless you have created a custom native ad experience with your mobile ad platform partner, the native ad components are typically assembled by technology.

Components include a platform logo, headline, thumbnail image, and the brand, pulled into place.

It’s Not Video. For some advertisers (e.g., theatrical / film releases), storytelling is best told through the sight, sound and motion of video. When video is paramount to your product, or IS the product, there is no substitute. For everyone else, a beautiful image can have an equally powerful impact on audiences.

Perfect fit - The placement of a “native” ad inside the app is more elegant than a typical display banner because it is configured to “fit” into the app environment so that it complements the form, function and style of its surroundings. The seamless integration offers the mobile app user an uninterrupted experience.

Fewer interruptions allow a mobile user to progress to the next game level, or complete an in-app purchase, without becoming sidetracked.

Less churn, higher retention - Fewer interruptions allow a mobile user to progress through an app experience, proceed to the next game level, or complete an in-app purchase, without becoming sidetracked, leaving the app, or deleting the app altogether after a frustrating experience.

Can be bought programmatically – Ad buyers can efficiently reach a highly targeted audience across premium inventory. According to e-marketer analysts, “Mobile is driving growth of programmatic ad spending. This year, mobile programmatic spending will reach $15.45 billion in the US, representing 69.0% of all programmatic digital display ad spending.”

In summary, yes we should believe the hype about Mobile Native Ads. For those who are doing the math, it’s not hype at all -- it’s just good business.

Why you should be giving thanks with rewarded mobile video ads

Native advertising is here to stay