Exploring the links between 4X games and mobile monetisation

Tappx's Kinga Kruzmanowska analyses what makes these titles so successful 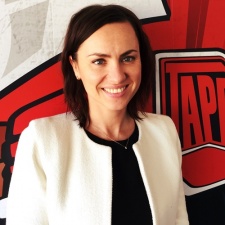 Midcore games are positioned between hardcore and casual audiences, with some high profile examples being Game of War, Final Fantasy: A New Empire and Empire: Four Kingdoms.

When well executed, 4X games deliver a potent mix of being both easy to pick-up-and play, and yet challenging to master. Hence 4X games are targeting two wildly different camps - the casual crowd, with their short but frequent gaming sessions, and the hardcore, which loves a good gaming challenge.

Optimum 4X game mechanics should aim to satisfy both of these audiences, therefore evolving games into demanding, complex and engaging gaming scenarios. This can be achieved by gradually introducing new elements into the game narrative and adding paid elements to purchase in-game.

If you’re a games developer, you’re likely focussed on these two questions:

Player base segmentation is hugely important for managing 4X games. It’s critical to understand the psychology behind different gaming behaviours. For midcore games, you’re likely to have a player base mixed with both hardcore and casual elements.

Both are driven by very different purposes. It’s crucial to understand the gaming motivations of your user base, and organise them into ‘behavioural silos’ - this is highly useful, so you can design specific monetisation strategies in order to reach and influence these different audience segments.

Each and every player has a different value based on their inclination to spend money in-game.

Tier one players are willing to spend substantially more to obtain superior gaming experiences. They’re largely responsible for the majority of purchases and profits in these games. On the other hand, casual players don’t spend much, only occasionally, in situations such as when they’re really stuck on a level.

Your 4X game design should focus on delivering many exciting moments across short periods of time, especially if a game is played in real-time.

This directly links to the monetisation strategy i.e. to facilitate and trigger impulse purchases across multiple moments in gameplay and time.

Another example is when advanced players get stuck in a game e.g. if they’ve failed on the tenth attempt on a level, why not offer them a special weapon to purchase so they can win at this level?

The central idea sees 4X games evolving, as developers constantly have the opportunity to upgrade players whilst they are getting hooked on a game, and offering better and more costly purchases, according to previous player base clustering.

Another important point are the mechanics. Many well known midcore games are based on a single activity loop, repeating ad infinitum. In-game purchases are tightly woven into these loops. A loop can be algorithmically reduced to this set of rules:

Utilise various retention techniques to make players come back for more. This can include:

Intelligently use other ways to communicate and monetise, like displaying rewarded ads to casual players.

Consider using video ads to drive in-app purchases. Let players feel like they’re progressing, whilst at the same time, promoting your paid items. As non-monetised players are often highly engaged, there’s no real need to aggressively display ads to them. In the end, it’s all about finding the balance.

As time passes, you’ll start to get a better understanding of your game player segments. Then you can realistically target them with new designs, new narratives, marketing messages and monetisation tactics. All of which combined will further your 4X game’s success and longevity.