The power of open 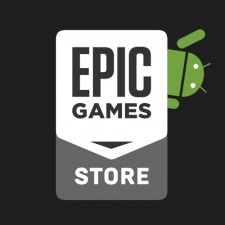 While there’s no doubt the announcement of the Epic Games Store is a big deal for PC games, can the same thing be said for mobile games?

One thing we know is that thanks to the successful launch of Fortnite: Battle Royale on Android through Epic’s proprietary launcher, the company has demonstrated it has the operational expertise to handle mobile game distribution at scale.

But getting people to download the most popular game of the year through your site isn’t the same thing as operating a mobile game app store.

For that reason, the success or failure of the ‘Epic Games Store for Android’ won’t be down to the company’s technical ability but more complex issues of matching users, usability and content.

But let’s not get ahead of ourselves. Whenever it goes live sometime in 2019, the Epic Game Store will launch as a PC-only store. Even when it supports Android games it will predominantly be a PC game store; a store predominantly focused on paid PC games.

This is very different from current Android app stores whether Google-run or via third parties, which are overwhelming focused on free and free-to-play content. In contrast with Apple, which spends a lot of time and money promoting paid apps and games, Android’s sheer scale and geographical spread means it’s a platform for content that monetises indirectly through advertising more than in-app purchases.

Premium apps and games are even more irrelevant for Android than for iOS because the majority of the 1.5 billion people with Android phones don’t have credit cards or even traditional bank accounts.

The Epic Games Store for Android will not work if it is promoted as a common-or-garden app store for mobile games.

Of course, Fortnite: Battle Royale is a F2P game and a hugely successful one at that but while Fortnite has provided Epic will the opportunity to launch a store, the F2P model just hasn’t taken off for PC games, at least in the west. Certainly PC gamers don’t like loot boxes or waiting around for buildings to level up.

Hence we have to deal with the facts that as with Steam, the Epic Games Store will be aimed at a relatively small group of high-spending hardcore PC gamers, who are about as far from mass market mobile gamers as it’s possible to be in terms of their tastes, communities and motivations.

Indeed, flipping the coin, we can say with some confidence the vast majority of mobile gamers have no interest in going to another app store, no matter who’s operating it. While the market situation is different in China and parts of Southeast Asia and Latin America, generally if you have an Android phone, you download content via the Google Play store.

The only reason people downloaded the Android version of Fortnite via Epic was because Fortnite is the game du jour if not du année. No other mobile game has demanded - or can demand - such attention.

Clearly then the Epic Games Store for Android will not work if it is promoted as a common-or-garden app store for mobile games because neither its core PC audience or the broad mass of mobile gamers are interested in that.

However, this does not mean it will be a failure.

If Epic launches with the right mobile developers, games, and store positioning, it could end up creating something long wished in the sector; an app store for premium mobile games.

Oft rumoured in the early days of the Apple App Store, the rise of F2P eventually killed off all attempts to operate an app store that could successfully curate, promote and sell mobile games priced at say $10 or more.

Indeed, the appeal of such games being available within the halo of the Epic Games Store may even allow PC gamers to finally admit what everyone knows but no-one will admit: PC gamers also play mobile games, even free-to-play mobile games.

Examples of games that could easily be accepted in this way (ignoring the issue of commercial terms for the sake of argument) include Fallout Shelter, which despite being free-to-play provides a different experience within Bethesda’s PC-focused universe, the likes of Lineages M and 2 Revolution or even Brawl Stars.

Paid mobile games such as The Room series, Monument Valley or the Kingdom Rush games should also appeal to this audience, while cross-platform PC-mobile esport games such as Super Evil’s Vainglory, Super Bit Machine’s Armajet and any number of Hearthstone-style TCG would also find plenty of crossover audience.

And let’s not forget all those free mobile-to-PC companion apps and other gamer community products like Discord etc.

If this vision gains traction, it would be a remarkable achievement and hugely significant for indie developers.

Throw into the mix the strong influencer marketing tools Epic has promised will be an integral part of its store ecosystem, and finally mobile developers and gamers will have a store - and a wider ecosystem - that features and cares about high-quality content, appeals to hardcore gamers who are prepared to spend a lot of money, and also enables devs to drive marketing traffic to their own landing page which doesn’t feature cross-promotion to other companies’ games.

If such a vision gained any sort of traction, it would be a remarkable achievement and hugely significant for indie developers who gave up on mobile and transitioned to Steam (and since to PlayStation, Xbox and Switch) as F2P moved in from 2012.

And, in a counter-intuitive way, this would actually be very good for the Android ecosystem, as it would provide a strong sub-community for the owners of high-end devices - including Razer’s new gaming phones, Google’s own Pixel phones, and the usual Samsung crowd etc - that Google itself could never do. Maybe, in the store wars that will rage in 2019, Steam will be forced to launch its own Android games channel too.

Perversely then the real loser could be Apple, which might start to see a leaching of mindshare, if not actual cash, amongst the gamer community.

That’s probably nothing for Tim Cook to worry about given the wider global dynamic of stalling device sales. But given the brand importance Apple places on securing high-quality content, seeing Epic boost Android’s competitive offering in that respect would, at the least, be an unwelcome development.