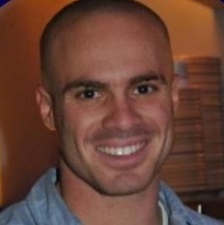 It’s no longer a matter of “should” you include ads into your IAP game but it’s “how” you should incorporate them.

Generally associated as the revenue driver for casual and hyper-casual games, advertising in-game has become much more sophisticated and the division between IAP based games and ad-based games is shrinking - just take a look at what’s been happening in the idle games over the past few months.

Games in all categories are now discovering how incorporating ads into their gameplay not only increases revenue but also affects other metrics like improving retention rates and even increasing IAP rates themselves.

I believe there are three main strategies to nailing it. First off - not all ads are created equal, so let’s make sure we’re differentiating between the two main types:

Rewarded video should definitely be the main focus when integrating ads into an IAP game’s gameplay. However, system-initiated ads also have a place, by monetising non-payers, which I will explain later on.

Each ad type will impact core metrics like retention, ARPU and ARPDAU differently - the real trick is knowing how to combine the two (and balance each one), to create the perfect ad monetisation strategy that increases revenue without cannibalising IAPs, compromising user experience or lowering DAU.

When implemented in the initial stages of the game's design process, rewarded video is more of a product feature and less of an ad. Here's what you should consider:

As for offerwall, there is even a bigger need to balance it with IAP, since at its core offerwall is an alternative payment method to the store.

As a result, to drive high engagement in an offerwall, the reward given must be significantly higher than in a rewarded video ad.

Knowing that after day five someone is 99 per cent unlikely to become a paying user, turning on system-initiated ads is likely to work to your benefit.

Additionally, the reward must be connected to the hard currency of the game, with at least the same value as the user would get in the store.

To avoid harming your total LTV, optimise the exchange rate to the optimal rate to yield maximum ARPU and segment users, showing offerwall only for non-payers or those unlikely to become a payer.

This is where it gets more complicated, as the uplift in ad revenue from non opt-in ads may not justify the hurt they might do to retention rate, session length or IAP.

However, with over 50 per cent of users not engaging with IAP or user-initiated ads, system-initiated ads can and should be incorporated carefully and cleverly. Test the frequency, format, X-button and number of clicks of an ad to find the sweet spot of monetising this pool of users without turning them off and harming your other metrics.

A key first step is to perfect your prediction of user behaviour. For example, knowing that after day five someone is 99 per cent unlikely to become a paying user, turning on system-initiated ads is likely to work to your benefit. Then, work on segmenting your users to boost performance.

Once you’ve mastered the above, the next step is to optimise your activities.

Knowing your numbers is key. Two useful metrics to check how much of your monetisation potential you are reaching are engagement rate (how many of your daily active users are engaging with each ad unit) and usage rate (how many ads those engaged users are watching). Utilise category benchmarks to see how well you stack up.

A/B testing is where the real value lies. Work to increase the above two metrics by trialling new ad implementations and closely tracking the results on ARPDAU and retention.

To recap, start with user-initiated ads, then move onto system initiated ads, and finally keep checking and A/B testing your strategies to maximise results. Adding ads into your IAP based game is a must. Do it smart, do it right, and you will increase your revenue, your retention and also often your IAP revenue.