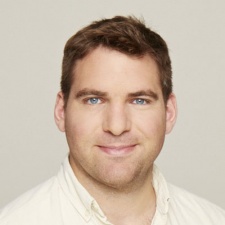 The following guest post is an excerpt from an article written by Eric Seufert on Mobile Dev Memo. Eric is the author of Freemium Economics and created the Modern Mobile Marketing at Scale online course.

Tremors from Apple’s bombshell revelation at WWDC last week that the IDFA will effectively be killed continue to reverberate. iOS 14 will be released in September, and if past iOS releases are any indication, more than half of all iOS devices will run iOS 14 by October. WWDC 2020 featured Apple’s Thanos moment: with a snap of its fingers, Apple obliterated a large proportion of the mobile ad tech ecosystem.

A brief overview of the IDFA-related changes that will be introduced in iOS 14:

In Apocalypse Soon, which I published in February, I outlined a hypothetical chain of events that began with Apple deprecating the IDFA at WWDC 2020. The IDFA has been living on borrowed time since the introduction of Limit Ad Tracking; its elimination was wholly foreseeable. I posted my thoughts on how the death of the IDFA will impact the mobile advertising ecosystem in this Twitter thread, which still represents my latest understanding. Below is more detail on the topics covered in the thread, as well as a few additional topics.

Lots of FUD being dispensed regarding IDFA deprecation. Here's what I think changes in the post-IDFA world: (1/X) pic.twitter.com/q2EXpJj7w5

My belief is that user opt in rates for IDFA access will fall between 10-20%. Opt in rates will dictate the impact of these privacy changes on all aspects of the mobile advertising ecosystem, but with opt-in rates at the 10-20% level, the IDFA is effectively dead.

In an informal poll conducted in the Mobile Dev Memo Slack team, the majority of respondents indicated that they believe opt in rates for ad tracking will fall between 0-20% (see below). The language presented within the opt-in popup is intimidating: App X would like permission to track you across apps and websites owned by other companies (note that a second string of text underneath this one can be customized by the developer). This verbiage seems specifically designed by Apple to deter users from accepting tracking.

I believe that deterministic, user-level app attribution will cease to exist once SKAdNetwork adoption reaches critical mass — likely by the end of the year or throughout Q1 2021.

I’ve heard the argument that some advertisers might continue to use MMPs to attribute the small (10-20%) subset of users that opt into ad tracking, because that sample of users could be used to extrapolate composition ratios to the broader set of acquired installs. For instance, if 30% of the opt-in users were acquired via Facebook ads, then that ratio might be applied to the cohorts of opt-out users whose provenance is unknowable — this knowledge could help advertisers budget ad spend, and would justify MMP tracking for the opt-in users.

But there is sampling bias inherent in this: the group of users that opt into tracking are unlikely to behave like those that don’t. We see this now with LAT users: LAT users for many advertisers tend to monetize better than non-LAT users, with the hypothesis being that they are more technically savvy (because they managed to find the LAT setting).

And even if the opt-in subset of users was useful for the purpose of extrapolating ratios, this small volume of attributions would not support the MMP industry at the scale that it currently exists: either dramatic consolidation would take place or a few of the major firms would simply fail as MMP budgets evaporate to 10-20% of their current level.

Another factor that will determine the fate of user-level ad attribution is Google’s adoption of opt-in tracking for Android. If Google doesn’t create an opt-in tracking mechanism for Android, then install attribution could continue to exist to serve the Android market. But this seems unlikely: Google and Apple operate more or less in lockstep with respect to privacy. Google introduced its LAT equivalent (Ads personalization) one year after Apple introduced LAT. Furthermore, Google has had attribution services in its crosshairs since at least 2017, when it introduced install attribution to Firebase.

It seems possible that MMPs adapt to this change by serving as auditors: receiving install receipts from ad networks, aggregating them, and reconciling campaign and event identifiers against naming conventions and revenue values, and using cost data to present probabilistic ROAS reporting.

This functionality would be useful and is almost certainly something that few advertisers want to build themselves, but it’s also mostly administrative: an accounting service of sorts that doesn’t unlock much value. Put another way: this isn’t a service that advertisers would be willing to pay tens of thousands of dollars per month for, and it wouldn’t support the current size and scope of the mobile ad attribution market. MMPs will need to pivot into lines of business that provide commercial insight if they want to continue to charge MMP prices.

You can read the full article on Mobile Dev Memo.