How Tapjoy has changed its offerwall following Apple's policy changes 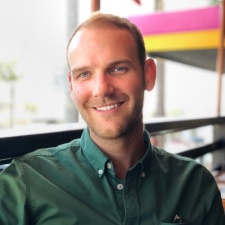 Dan McAdams is director of developer relations at Tapjoy.

At the beginning of 2019, offerwalls were on a steady growth trajectory: Approximately 15% of the top 100 grossing apps in the App Store used an offerwall, and among gaming apps, that figure was closer to 25%. Then, in April, everything changed.

Apple began to enforce a policy against incentivized installs and app-based subscriptions on iOS. As a result, developers could no longer run CPE (Cost Per Engagement) offers, which reward users for engaging with other apps. Industrywide, ARPDAU on iOS from offerwalls dropped significantly, and developers lost countless dollars in revenue.

The restriction on CPE ads also had downstream effects for advertisers on iOS. Mobile advertisers that had relied on CPE ads for user acquisition found that they could not achieve the same retention and return on ad spend with other ad formats.

While the initial losses had a significant impact on developers' monetization efforts, what no one saw then was the beginning of a new type of offerwall starting to evolve — one that would prove more diverse in its offer mix and more resilient in the long run.

As it turns out, the lack of engagement-based offers did not deter users from visiting the offerwall. In fact, the number of active offerwall users has grown month-over-month since April 2019.

On the iOS Tapjoy Offerwall, CPA ads began to contribute a greater percentage to ARPDAU. Despite Apple's change, the average number of daily active offers was over 700 for 2019, and monthly conversions increased by 40% from Feb - March, 2020.

We have responded by optimizing our product for CPA offers and creating new opportunities for advertisers. These brands enjoy the dual benefits of increased awareness and performance-optimized bidding — CPA advertisers pay only for completed actions, while gaining exposure within the offerwall. They also have the unique opportunity to participate in a value exchange, rewarding consumers for their active participation. Today, Tapjoy's iOS Offerwall contains hundreds of offers from advertisers including:

Performance marketers: One of the reasons users love CPA offers is that they act as a purchase rebate for trying new brands or purchasing products they were already interested in. As brands embrace performance marketing, an emphasis on down-funnel conversions is being reflected in developer revenue.

Direct-to-consumer brands: DTC brands are disrupting traditional paradigms by opting for a performance-based, mobile-first approach to digital marketing. According to the IAB, these brands turn customer acquisition costs into LTV by adopting a "media promiscuous" playbook. On the Tapjoy iOS Offerwall, publisher earnings from subscription offers — typically associated with DTC brands — grew by 117% from January 2019 to January 2020.

Market researchers: By January of 2019, surveys made up roughly 32% of offer conversions on the Tapjoy iOS Offerwall. Over the last year, survey conversions grew to 39%, and we expect this trend to continue as we invest heavily in our own survey features (stay tuned!).

Between January 2019 and January 2020, CPA publisher earnings increased by roughly 67%. Moreover, conversions skyrocketed in March and April as a result of global stay-at-home orders.

Apple's policy changes have done nothing to diminish users' enthusiasm for the offerwall. This is illustrated both by the steady increase in MAU since early 2019, and by user feedback we received in a study carried out after Apple's policy changes. The offerwall is an enduring format because it's opt-in and entirely self-serve — and that's the future of the mobile game space, giving users more control of their ad experience.

How to make the most of your iOS Offerwall

Custom-brand your offerwall: Use custom creative assets to make your offerwall feel like a native part of the in-app experience. It's a simple switch that can make a real difference.

These are just a few examples of new features we've already released and plan to continue to invest in both Android and iOS Offerwalls in the coming years.

Last year, the rewarded ad ecosystem reeled with the impact of Apple's policies. However, we are optimistic about the future of offerwall. As long as there is user demand for the Offerwall, we will continue to be bullish on our approach to evolve this product to suit platform requirements.

Offerwall is an important part of the mobile game ecosystem. The format is flexible, constantly evolving to match the preferences of users, and delivers ROI for publishers and advertisers. Whatever the future holds, we'll continue to create opportunities for our partners — while always putting users first.