The runner we've been waiting for 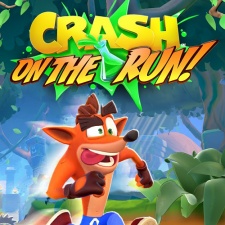 Crash Bandicoot: On The Run has been out for just over a week, and it looks like the famous marsupial is spinning back to his roots.

King's take on the Crash IP as an endless runner has been well received by critics and fans alike, with good reason.

Sure, it has some areas to iron out, but it is a fundamental step in giving Crash a fresh take.

The mobile game proved to be a nice change of pace, one that all Crash fans should experience following the release of 2020's Crash 4: It's About Time.

Developer Toys For Bob took over the reins for Crash's console outings, beginning with the N. Sane Trilogy and continuing it with a new game for the series.

It's About Time did prove to be a fun experience for the first hour or so. After that, the game began to take too much of a turn from classic Crash Bandicoot.

Of course, nobody plays Crash to have a completely easy time of it. The franchise is by no means relaxing.

However, It's About Time took the marsupial to stressful new heights. It became a chore to play. Except there was no pocket change for completing it.

Now King has entered the fray with its mobile game, and it is starting to help me heal.

Crash 4 left me in a fragile state. My faith in the loveable Bandicoot was wavering. There are only so many times one can die – 77 – and not feel like their soul has been crushed.

See, It's About Time went down a route that took away the fun that I have long associated with Crash Bandicoot.

The final levels of Crash 4 were horrendous to play. It wasn't a challenge. Instead, it was a punishment.

Not sure what I was being punished for, but I will be sure to be more careful in the future.

It beats you down. You do not feel like you overcame a tremendous yet rewarding challenge.

However, King and its mobile gem soothe those wounds. Crash Bandicoot is getting back to basics. He is going back to his roots.

The gaming mascot has always been destined to feature in a runner. From his first outing in 1996, the genre foundations were laid through levels such as Boulder Dash, which sees Crash running from a giant boulder.

It's levels such as this that fans remember, that they love.

There are a range of levels included that fans will recognise, including the Lost City and Temple Ruins. To see King pay adage in their game is fantastic. It certainly makes up for the latest console outing.

Granted, the early stages of Crash Bandicoot: On the Run are easy, too easy. However, quintessential Crash can be seen.

His charm and attitude are all present, Crash's signature moves are all there, well, nearly all of them. It would certainly have been nice to be able to jump on the crates.

Players can spin their way through the levels, breaking boxes and collecting Wumpa fruit. It is simple yet effective.

Granted, there is one area in which On The Run needs improvement, and that is microtransactions.

Yes, we all understand how the free-to-play model works. However, King beats players over the head with it, forcing several notifications to appear before you can even get going, every time you open the app.

Crash will always survive on console, and yes, I will always pick up a controller, even if I have to question the fairness of the challenge going forward.

Yet, On The Run can go where you go and will serve as a nice reminder that Crash is at heart not soul-destroying.

King has proven that the future is bright for the loveable Bandicoot; that the marsupial can survive and thrive on any platform.