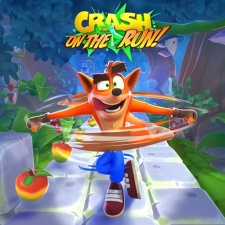 Update: Crash Bandicoot: On the Run has generated close to 33 million installs worldwide.

According to data provided by Sensor Tower, the runner earned its latest figure when it began rolling out on the App Store on March 23rd, 2021. If only counting installs since its official launch date (March 25th), Crash has brought in 29.5 million downloads from across all platforms.

Unsurprisingly, the US yet again continued to dominate the conversation, amassing 6.5 million downloads, or approximately 22 per cent of all installs across its first two weeks of release. Brazil then ranked in second, Mexico in third and the UK, meanwhile, scored the seventh spot.

Original Story: Crash Bandicoot: On the Run has accumulated more than 27 million global downloads, according to Sensor Tower.

The loveable marsupial already achieved an incredible opening weekend, with this latest number reaffirming the success of the King developed title.

This number accounts for all installs made across the App Store and Google Play since March 23rd when the runner began rolling out on iOS, before shooting to the top of the iOS charts.

Upon the official launch on March 25th, Crash Bandicoot: On the Run earned 24 million downloads.

The US once again claimed to be the biggest market for installs, with Brazil and Mexico securing second and third position respectively. Russia then followed in fourth spot and the UK rounded out the top five.

In comparison, both Pokémon GO and King's most recent big-name release, Candy Crush Friends Saga, amassed 10 million downloads within their first seven days of being live.

“It’s been a strong launch for Crash Bandicoot: On The Run, which is riding the resurgence in popularity of the classic IP, and a casual runner fits perfectly with the franchise and mobile audiences while staying true to its roots," Sensor Tower mobile insights strategist for EMEA Craig Chapple told PocketGamer.biz.

"Following the success of Call of Duty: Mobile, Activision is no doubt eyeing up how it can bring more of its big franchises to mobile, and King provides the obvious, natural partner for Crash, given its huge success as a leader in the casual/puzzle space.

“While King has found it challenging breaking out of the Candy Crush Saga IP and puzzle genre, it looks to have found the right franchise to expand its portfolio."

Interestingly, a positive side-effect of Crash's success on mobile has been an increase in sales for Crash Bandicoot 4: It's About Time (via NPD Group's Mat Piscatella) on console, alongside the game's launch on Nintendo Switch and further digital promotion.

Ahead of launch, we spoke to Crash Bandicoot: On the Run creative lead Stephen Jarrett who detailed King's pursuit to create "the Crashiest Crash game ever".

Following this, we then attended a virtual event that delved into the studio's thinking behind the game and why the Crash Bandicoot N. Sane Trilogy wouldn't work on mobile.