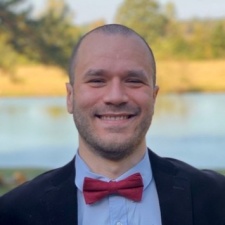 Cheating has been a wide sweeping problem across the games industry for years, and even today, the largest and most resourced developers of some of the most popular games are still fighting the waves of cheaters and hackers.

Yet, there’s one category of gaming that’s more impacted than any other genre when it comes to cheating, and that’s the cash gaming industry (aka competitive gaming or esports).

When a player’s own cash is on the line, the stakes are higher and the biggest risk to cash gaming tournament operators is losing that most valuable currency ­– a player’s trust.

The cash gaming market just can’t grow with persistent cheating. So, what can we learn from cheaters today and how do we make headway on the game industry’s most prolific problem?

Cheaters are motivated for a variety of reasons, but the three most common reasons include: financial (whether it’s actual money or skins), bragging rights and ‘griefers.’

According to games industry veteran and CEO of Sharkbite Games Rick Ellis, ‘griefers’ are people who get enjoyment out of games by cheating and causing other people pain. As sad as that sounds, it’s a common reason for cheating today, most often in free-to-play games.

In a cash game tournament, any noticeable level of cheating is enough to lose that player’s trust in the company running the game. And the impact is exponential.

That said, cheaters will always likely find new ways to cheat, and developers and publishers will continue needing to find those holes and plug them.

One of the key challenges for cash tournament operators is the ability to catch cheaters in real time. A user gaming the system could potentially cheat to win in a tournament, and then request the withdrawal of their funds.

Through due diligence, tournament operators must confirm whether cheating behaviors are at play before offering a cash withdrawal. While checks are in place, no system is entirely foolproof, and players know the prevalence of cheating is strong in gaming.

Gaining that trust with current and potential players is one of the primary keys to unlocking the growth of the cash gaming industry.

When it comes to what’s more impactful on player retention, Rick believes that 2% of players cheating is a much larger issue than 2% of players stealing a game.

In a cash game tournament, where a player’s real money is on the line, any noticeable level of cheating is enough to lose that player’s trust in the company running the game. And the impact is exponential.

Losing one cash tournament player can have a 10X effect because competitive games are only as fun as you have players to compete with, so losing individual player trust can erode the overall player base over time.

If you're playing mobile cash tournament games on iOS, a closed system, it's more difficult to hack unless you're jailbreaking, and tournament operators have checks in place to look for jailbroken phones and ban these users.

That said, if a user knows how to delete files to indicate their jailbroken phone, they can get around this detection. So, it's a closed system that isn't really closed.

On Android, it's the Wild West. Tournament operators need to be more proactive in how they're testing the system for cheaters than they do for iOS.

As such, some companies are turning to bug bounties to crowdsource solving cheating problems. A bug bounty is typically a cash reward for uncovering software issues. For instance, Valve recently awarded a bug bounty hunter $7,500 for identifying a cheat that enabled players to add unlimited free funds to their Steam wallet.

What could have been exploited as a major financial issue for Valve and the trust of its players was crowdsourced into a resolution.

The motivation for cheaters in cash games is clearly financial, so you won't see the braggers and griefers just trying to make other people miserable for the sake of miserableness.

Thus, the type of cheating you’ll see in cash gaming are all with the intention of winning a tournament – i.e. achieving a top score.

Modifying the source code of a game or the API that is interacting with the game is actually quite rare. What you’re much more likely to see in cash gaming is something more blatant like someone submitting a winning score that is impossible or submitting that same impossible score multiple times in a row.

Players who are monkeying with the score values are typically jailbreaking a phone.

There are specific techniques that we've implemented to mitigate this type of cheating, for example mirroring and encrypting the score values in multiple places in the game so it's much more difficult for the cheater to reverse engineer and manipulate.

When there’s a will, there’s a way. Ultimately, detecting cheating players is about knowing your game and where its weak spots can be found.

Cheating is an issue we all want to get ahead of in the games industry – cash gaming tournaments or not. Is machine learning the long-term solution?

Should Google and Apple be stepping up their OS security? It's a problem we can't ignore that's highly complex and ever evolving.

Will we ever get ahead, or will we always be chasing cheaters?

Largely cheating in cash gaming will be overcome by the companies like ours that dedicate the resources and expertise, and guidance to game developers to prevent and mitigate cheating in competitive tournaments.

The best next step we can take right now is to share knowledge and work together as an industry.

Currently, we’re working on a set of preventative cheating best practices (whitepapers) specifically for Unity developers with the intention to explore best practices for developers on Unreal and other engines as well.

We would also encourage other cash tournament operators to do the same and start sharing more best practices – and together we’ll focus on earning player trust for the growing cash gaming industry.