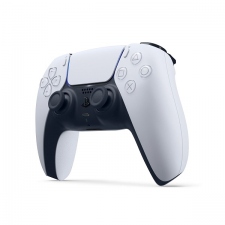 Recent reports state that the next generation of consoles won’t be available until sometime after 2027. It seems like a long wait… But it's in line with the life cycle of previous console generations. Meanwhile mobile sees hardware improvements year on year with a fast-paced, agile band of developers ready to pounce and deliver.

Graphical improvements are becoming less and less drastic with each concurrent console generation and, therefore, less important. In fact, the PS5 has sold significantly more units than the Xbox Series X, despite the latter being marginally more powerful, thanks in part to a greater focus on peripherals and focus on creating immersion by simulating multiple senses rather than doubling down on visuals.

Mobile gaming, at present, doesn’t have that technology. Although the Dualsense 5 can be used as a controller for Android games, at present this doesn’t include features such as haptic feedback or adaptive triggers.

However, there’s a strong growth potential for mobile gaming. The high price point for consoles means that significant upgrades take decades to be developed and made available, however new mobile devices are released more frequently with a more gradual, but consistent, upgrade in their capabilities. Rather than advancing in leaps and bounds, mobile gaming acts as the proverbial tortoise to console gaming’s hare, offering greater experiences more consistently, rather than having players wait for the latest console release to take advantage of the latest tech.

Mobile gaming does have a long way to go to consistently offer comparable performance to a PC or console titles, whether that’s graphically or in terms of peripherals, but that means that theres’s strong growth potential in the short term. Technology continues to evolve, and some of the games available on mobile devices today offer graphics on par with PC and console offerings, and, as technology continues to evolve, the graphical gap is likely to become smaller and smaller, and we could see the platform utilise peripherals more effectively to bring mobile gaming to the next level.

Mobile is a gaming platform for everyone, with a low entry barrier and a wide range of titles available. While it may lack prestige compared to other platforms with more advanced technology, we could see a significant uptick in both the power and perception of mobile gaming, as developers take advantage of the more consistent progress of mobile technology.

You think you’re better than me? The advertising potential of failure