93% of gamers happy to pay for their games reckons Nielsen

July 7th, 2011 - 05:33pm
By Keith Andrew
The rise of the free-to-play model means consumers are now used to getting their hands on the bare bones of a game without charge, forcing studios to consider multiple monetisation strategies.

It's interesting, then, that even taking into account the popularity of freemium releases, a study by Nielsen claims the vast majority of consumers are happy to pay outright for their games.

Nielsen states that 93 percent of those that download apps are happy to pay for games  the highest ratio for any app category. 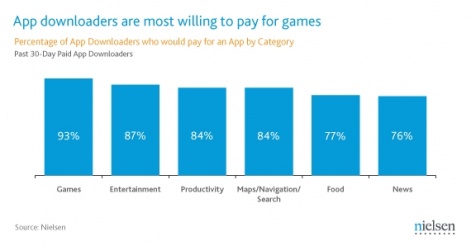 Games themselves are the most popular type of app based on numbers taken across a 30 day period in Q2 2011.

In all, 64 percent of users downloading apps across the course of the month had picked up at least one game. 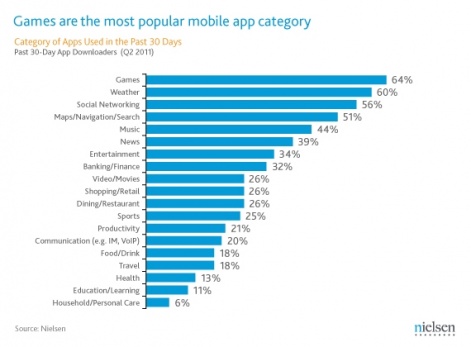 It's when the amount of time those users spend playing those games is analysed, however, that it becomes clear which platform still leads the way: iOS.

Working against an industry average of 7-8 hours worth of gameplay each month, Nielsen claims iOS gamers play their titles for an average of 14.7 hours. 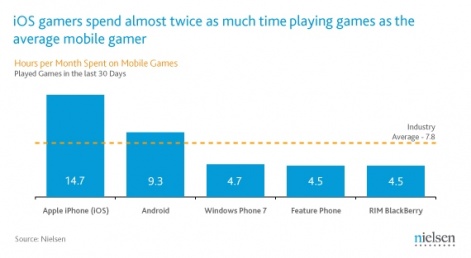 That compares favourably to the monthly figure of 9.3 hours for Android and 4.7 hours for Windows Phone.