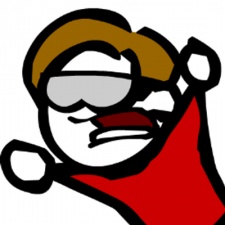 Publisher and developer tinyBuild has added three new studios to its roster in a series of new acquisitions.

“We believe that long-term thinking and long-term partnerships are the way to move forward for tinyBuild,” said tinyBuild CEO Alex Nichiporchik.

“With We’re Five, Hungry Couch and Moon Moose all joining the orange family, our new first-party studios will have access to tinyBuild’s resources and funding while maintaining full creative control”.

The details of each individual deal were not disclosed.

TinyBuild's support will see We're Five Games develop an updated version of Totally Reliable Delivery Service, as well as a new entry to the series in 2021.

Hungry Couch will also continue development of the upcoming RPG Black Skylands, but tinyBuild's support will enable the Russian studio to expand, in order to scale the game into an open-world RPG.

"In 2019, we spotted a web designer posting videos of a great-looking top-down shooter where you travel around floating islands. It was quite a shock to realise it was just one person working on it part-time so we partnered up with the developer to deliver the original version of the game," Nichiporchik added.

"Today, the team is 11 people working on what has scaled into an open-world RPG set in a world of floating islands.”

Lastly, the acquisition of Moon Moose will help the studio continue to make Cartel Tycoon, a management sim scheduled to release in 2021. Moon Moose is also based in Russia.

Last year, tinyBuild also acquired the team behind Hello Neighbor, Dynamic Pixels. At the time, the company said it would invest $15m into the franchise, which included the cost of the deal.