The device is being developed with Logitech 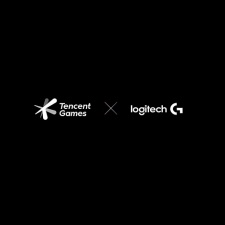 Tencent, the world’s most profitable gaming company, is developing a handheld console with Logitech. This marks the company’s first foray into the console manufacturing space.

The device – currently referred to as the Logitech G Gaming Handheld – is expected to launch later this year, and support several cloud gaming services, allowing players to stream titles from the likes of Xbox’s Cloud Gaming and NVIDIA’s GeForce Now.

"Logitech G’s leadership in PC and console gaming gear make them an ideal partner to help us realise the vision of bringing a better gaming experience to gamers around the globe," said Tencent Games Smart Solution Innovation Lab general manager Daniel Wu. "Today marks the start of a new opportunity for our companies to further push the frontiers of gaming devices."

As gaming has evolved to become increasingly interconnected, streaming services and digital gaming have become more prominent, with even the latest generation of consoles offering digital-only devices. This gives publishers more control over prices and availability than physical options which allow players to purchase a second-hand title for a significantly lower cost - and no profit to the creators.

We're thrilled to announce an official partnership with @TencentGames to bring a cloud gaming handheld to market later this year that will support multiple cloud gaming services.

Be the first to learn more by registering for developments updates: https://t.co/tfAmQMTKCD pic.twitter.com/dNfmuKIz3w

"As one of the leading global platforms for game development, publishing and operations, Tencent Games has been at the forefront of innovation and it’s why we partnered with them," said Logitech G general manager Ujesh Desai. "As someone that grew up playing video games, the idea of being able to stream and play AAA games almost anywhere is super exciting, and we can’t wait to show everyone what we’ve been working on."

Details, including prices and images are scant at present, but this represents a bold move for Tencent as it aims to increase its profile, competing with some of the world’s largest and most well-known gaming brands.

Tencent’s success is reflected in the fact that it’s seen numerous entries enter the PocketGamer.biz Unicorn Club, including Honor of Kings, the highest-earning mobile title of all time.