Value of the acquisition has not been disclosed 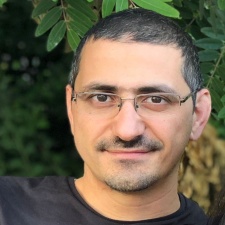 The value of the acquisition is undisclosed.

In the past, Tarboosh has self-published games but also worked together with other publishers – including creating hypercasual and hybrid-casual games with Voodoo as a partner studio. We at PG.biz spoke with Tarboosh Games CEO, founder and product manager Rani Hammad about making three hit games in three months with Voodoo.

Tarboosh titles that have previously reached the top of the US App Store include Pixel Drifters, Police Runner and Voodoo-published Bikes Hill. Having started out as an indie developer, the company has since expanded from purely making mobile games to publishing across Steam, Amazon, PC and more.

As reported by Mobidictum, Hammad commented following the acquisition: "Tarboosh Games’ transformation, leading up to this moment, is a testament to what great teams, no matter how small they are, can achieve, with passion, the right strategic vision, and the courage to keep on trying where others have failed. Voodoo’s guidance and support enabled us to stay resilient and focused on bringing our best!"

"Working with Rani and his team for so many years on so many games was such an amazing journey with its highs and lows! This deal represents a new chapter in the lives of Tarboosh and Voodoo," said Voodoo casual studios manager Corentin Selz.

"With Tarboosh’s unique expertise and mindset, we’re excited to build more hybrid-casual games like Collect Em All and Mob Control, and to grow Voodoo’s portfolio in addition to our hypercasual launches."

Across more than 100 titles, Voodoo has amassed six billion downloads since the App Store’s creation and places in third for downloads behind Meta and Google. This summer, Voodoo also partnered with TikTok as the platform launched a selection of mini games.