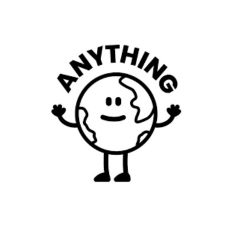 Metaverse platform Anything World has raised $7.5 million in its Series Seed Plus funding round, with investors such as Acrew Capital, Alumni Ventures, and Warner Music Group.

Anything World focuses on the development of interactive 3D experiences powered by machine learning. This successful funding round comes as the company announces the launch of its high-fidelity animation system, enabling rigging and animations for any 3D model. The system is being launched in stages, with the first iteration available now.

Anything World also announced that the service will be coming to Unreal Engine in December.

These developments fall in line with the company’s goal to lower the barriers to creativity in 3D, making content creation more accessible than ever before.

“The capacity for anyone to create immersive and accessible experiences in virtual and 3D worlds has been expanded substantially by this funding round,” says Anything World CEO Gordon Midwood. “We’re thrilled to expand further the tools and opportunities we can provide to developers, creatives and the general public.”
“Because of the interest and need from developers who want to create 3D worlds, populate those worlds with assets, and immerse users in incredible experiences, Anything World will continue to be the go-to platform.”

Money in the metaverse

Alumni Ventures partner Ron Levin added "What we see in Anything World is the most cutting-edge machine learning platform to empower developers of the metaverse. Backed up by a terrific team, we are confident that the company will set the standard in the years ahead for 3D creators of games, the future of work, and more,” The funding will be used to expand the team and launch Anything World’s new high-fidelity animation system, as well as accelerate the company’s growth over the next two years.

Acrew Capital founding partner Vishal Lugani said "We strongly believe that Anything World can be a key enabler of helping digital experiences become richer and more immersive. At Acrew, we were impressed by the team and the vision,” To start, Anything World is leveraging machine learning to tackle the problem of animation and rigging. Developers and designers of games, virtual worlds, and immersive experiences shouldn't have to toil for hours and hours to bring their characters to life. Anything World speeds time to production for people building for the future of consumer digital experiences."

Last year, we spoke to Gordon Midwood about how AI is disrupting game creation.