The world's least powerful CEO in the spotlight 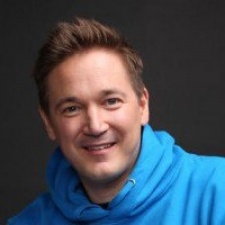 Nominally, BAFTA is the British Academy of Film and Television Arts.

But with the organisation increasingly expanding its remit to include interactive media, you might as well add 'Games' in there somewhere.

If it didn't ruin such a tidy acronym, that is.

The annual BAFTA Games Lecture has become a yearly staple, inviting the likes of Hideo Kojima, Jade Raymond, and David Cage to address a crowded theatre in BAFTA's plush Piccadilly headquarters since 2007.

2016 marks the first year that a mobile developer has been put in the spotlight, as Supercell CEO Ilkka Paananen took the stage to discuss the unique company culture that creates some of the world's most successful games.

PocketGamer.biz was in attendance, and keen to absorb as much insight as possible from the self-proclaimed "world's least powerful CEO."

Here are the most significant (or just plain interesting) things we learned about Supercell from the lecture.

Supercell CEO Ilkka Paananen to give BAFTA lecture on 5 September