Three things we learned at the Zurich Game Festival

At the end of last month, Ludicious took place in Switzerland, and here are our track highlights… 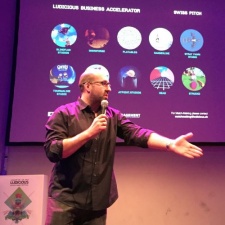 This is the third year that Ludicious has been held in Zurich, and 2017's ended with record attendance for the Swiss event.

680 game professionals attended and 4997 visitors visited in total - the doors were opened to the public for the Family part of the festival once the Business days had closed.

It was organized in cooperation with the University of Zurich and ETH Zurich, which curates summits on serious and applied games and on VR/AR.

The festival was dominated by European indie and student games and there was great showing from the mobile sector. One of our favourite 2016 mobile games, Nerial's Reigns, won the International Competition prize.

"The jury loved the humour, the unique combination of storytelling and new mechanics, along with the memorable visual style and sounds," says Dominik Marosi, festival director.

"Industry professionals from all over Europe were amazed by the quality of the exhibited games and the speakers. We are very happy with the amount of positive feedback we got on the conferences and exhibitions – it shows us that our focus on showing and connecting the industry with emerging talents is appreciated."

There was also a dedicated auditorium where speakers and panels ran across three days. So what items of indispensible industry info did we learn there? Here are our top three: