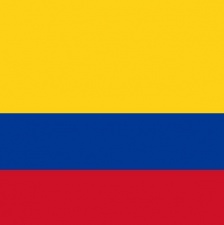 Throughout 2016 the Latin American games market came to feature more and more on our agenda. No surprise, since a Newzoo report showed dramatic growth in mobile gaming revenue in the region.

For us it started with Sabrina Carmona talking at PG Connects London 2016 about how Brazil is the 11th top country in the world by game revenues (a value of nearly $1.5 billion, outperforming console gaming).

Then we visited Sao Paulo in the summer for BIG and were impressed by the energy and drive of the independent scene. Submissions for BIG 2017 are open now, indie devs!

That report by Newzoo last November showed that Latin America was the second fastest region in the world for games, generating $4.1bn in game revenues last year.

The growth of mobile gaming in particular was shown to be 56% up on the year before and overall the region (which Newzoo took to include Mexico and Argentina) fell just behind Southeast Asia in terms of games market growth.

In the autumn we toured the cities of Medellin and Bogota to inspect some of Colombia's key studios, ending up at digital entertainment conference Colombia 4.0.

The tour gave us a chance to get to know the local scene, which features both mobile and VR development, and sizeable teams performing work-for-hire as well as developing new IP.

The Colombia 4.0 conference in Bogata welcomed over 17,000 gamers, musicians and animators through its doors. This is a nation of teenagers. According to the last census, almost 40% of the population were between the ages of 10 and 20, making it a very young demographic – an ideal game-playing crowd.

Taxes are high... except on computers, so it's affordable to be a student in tech subjects. And compared to Argentina, where currency restrictions make it hard to take money out of the country, it's an attractive destination for international businesses.

Forget the Colombia of Narcos. "Netflix isn't doing us any favours!" joked David Sierra of business innovation group Ruta N. He's lighthearted, but the truth is that Medellin is keen to shake off its dangerous image and remind people of the city's investment in infrastructure, transport and technology.

Projects that provide affordable transport within the different regions of Medellin and encourage investment in local businesses have brought the homicide rate down by 95% and extreme poverty by 66% in recent years.

New friends from Colombia joined us at this year's PGC London 2017, completing the circle. And along the road we learned a lot about the thriving game dev scene in a country that might not be familiar to our daily readers.

We've been fortunate to visit and speak with some of the biggest studios in Colombia. Here, providing insight into the challenges and opportunities, are interviews with five of the top developers…