The right environment for growth 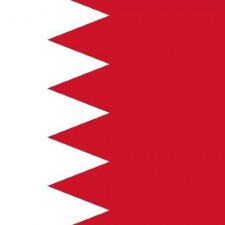 As with Jordan and Lebanon, Bahrain is keen to establish itself as technological and commercial hub that serves the wider MENA region.

The EDB Bahrain development board, founded in 2000, has endeavoured to establish the ecosystem and infrastructure needed to host start-ups, support technological growth, and realise the island nation as a home for international companies.

And it has put fintech front-and-centre of its efforts.

But the foundations on which fintech can flourish can also support a mobile game industry.

Not yet as advanced as that seen in Saudi Arabia or Jordan, Bahrain - which only has a population of 1.4 million - is seeing a modest local game sector emerging.

There are a scattering of game developers working on interesting content.

The studio also offers development services, and like so many MENA teams, localisation for international outfits keen to release to the region.

More generally, Bahrain has a lot to tempt companies from across the globe – including those elsewhere in the MENA region.

It is certainly a cheaper area to do business in than Dubai, which is the most expensive place in the Middle East and North Africa to establish a start-up, according to MENA accelerator platform Wamda.

Bahrain, meanwhile, has bankruptcy laws that complement the patterns of failure and success start-ups face, and offers easy access to the Saudi Arabian industry and markets.

There’s every chance Bahrain could serve the game industry as it currently does the fintech space.

The state and investors are also trying to build a world-class mobile network.

A 5G rollout is underway, with some $2.5 billion invested in the planned laying of 60,000 km of additional fibre-optic cable.

The idea is that empowering a young generation with quality infrastructure will inspire engagement with technology, giving the country a ready supply of suitably educated and experienced future tech workforce.

There is a challenge in considering Bahrain, however. Independent data about Bahrain’s game industry is very thin on the ground.

That might stem from the same approach that sees media in the country rigorously controlled.

Or it may simply be that some analysts are missing the emerging Bahrain game industry, favouring higher profile examples. And, when an industry is this fledgling, meaningful data could simply be in short supply.

Essentially, then, Bahrain has an impressive technological and commercial infrastructure in place.

The country has attracted the likes of Microsoft, Allianz and Huawei to set up shop, establishing significant presences on the ground, and proving it can host international businesses.

But Bahrain’s existing game industry is best described as fledgling.

Still, with the current tech infrastructure, education system, support for international business and investor supply installed, there’s every chance that in a few years the country could serve the game industry as it currently does the fintech space.

So while it would be highly disingenuous to say Bahrain is a games hub, it’s very well prepared to become one.