The numbers behind Tomb Raider on mobile 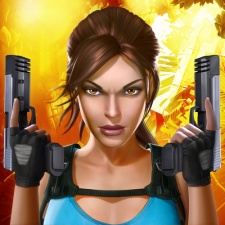 As one of the pioneers for female protagonists in video games, Lara Croft has quite the legacy - 25 years in fact, as of 2021. The Tomb Raider franchise has appeared across the majority of most major platforms, rebooting itself over and over, and reaching a staggering 81 million sales worldwide.

On top of this, the twin pistol action star broke out into mainstream media via three live-action feature films (with a fourth in the works), a number of animated flicks, tons of merchandise and six Guinness World Records - including, 'Most Successful Human Video Game Heroine'.

When it comes to the mobile space, Tomb Raider now has over a decade's worth of experience, beginning in 2010 with Crystal Dynamic's Lara Croft and the Guardian of Light. While it initially arrived on console (as well as Blackberry Playbook and Google Stadia only last year), the iOS version landed only four months on, however, its mobile-centric data is a little harder to pin down.

From January 2012 to October 2016, Guardian of Light accumulated 78,000 downloads from the App Store and approximately $380,000 in revenue, according to data provided by Sensor Tower. While this misses out the key information regarding the launch window, we do have confirmation that the game shipped more than one million copies across all platforms.

The next project arrived in the form of Lara Croft: Reflections, a free-to-play card-battler that only managed a soft launch in New Zealand and Australia. The iOS-only title failed to gain any momentum from its December 2013 testing and was subsequently cancelled, with servers shutting down in August 2014.

Tomb Raider then returned in 2015's Lara Croft: Relic Run, being co-developed by Simutronics, Square Enix and Crystal Dynamics. The free-to-play endless runner accumulated $2.3 million from player spending, thanks mainly to the $536,000, or 23.2 per cent of global revenue contributed by the US. The UK and France then followed in second and third respectively.

When it comes to downloads, Relic Run generated 41.3 million with Brazil making up 10.2 million (24.6 per cent) of that figure. Players in India claimed second, while those in Russia placed third. Google Play topped lifetime user spending at $1.2 million, or 52.6 per cent of the overall revenue. This was the same for downloads but at a much higher metric, accumulating 35.1 million installs, or 85 per cent of the total.

Square Enix Montréal next stepped in to take over the reins in 2015, launching a spiritual successor to the widely successful Hitman GO. Lara Croft GO released worldwide in August 2015, going on to pull in $3.8 million revenue, nearly two million downloads, as well as earning itself top prizes from both Apple and The Game Awards.

The number one country for revenue can be attributed to the US, with $906,000 (24 per cent), while the UK secured second spot and Germany settled for third position. Similarly, the US made up 529,000 of all installs (27.7 per cent), showing the strength of the character in the country.

The App Store took in the lion's share of revenue, with the iOS version picking up $2.6 million, or 68 per cent of player spending. Meanwhile, Google Play racked up $1.2 million, or 32 per cent of revenue. Downloads, on the other hand, went to Android at one million installs, or approximately 57 per cent of the total share.

Sensor Tower also pointed out that Lara Croft Go surged up the rankings in March 2020, a result of the game being made free for a limited period. Between March 27th and April 1st, 2020, the turn-based puzzler remained within the top 300 most downloaded title - peaking at number 151 in the US.

A strong outing for the archaeologist, though it's fair to say the upper limits of what the IP can achieve on the platform have yet to be met. That's where Emerald City Games come in.

Lara Croft will next return in the action-arcade adventure Tomb Raider Reloaded, the first mobile title in six years and the first from Emerald City Games and Square Enix London (with Crystal Dynamics contributing in some form too). While details of the new release have been kept under wraps for the minute, some footage has emerged online, giving us an idea of the gameplay.

Tomb Raider Reloaded also looks to be part of the 25th-anniversary celebrations, potentially indicating a November launch to tie-in. Regardless, with the return of Lara's dual pistols and influence being taken directly from the original PlayStation experiences, many will be hoping this could be the big hit the series needs on mobile.

"We are so honoured to be bringing Tomb Raider Reloaded to audiences during the iconic franchise’s 25th anniversary,” Square Enix brand director Nathalia Chubin told PocketGamer.biz.

“Lara has been an inspiration to so many as a strong female character with her fearless resilience, sharp wit and assured independence."

Chubin added: "As you can see from the teaser, we’re taking a nostalgic dive back to classic Lara and can’t wait to share more about what this means later this year. We are so excited to celebrate her legacy with the fans through Tomb Raider Reloaded on mobile!"

Square Enix recently confirmed that Tomb Raider Reloaded has now officially soft-launched in Thailand and the Philippines on iOS and Android devices.

Prior to this, Square Enix product manager Karla Reyes previously spoke with us about their journey into the mobile games market.