What made Angry Birds one of the biggest series in mobile, arguably sparking the rise of mobile gaming as we know it today? 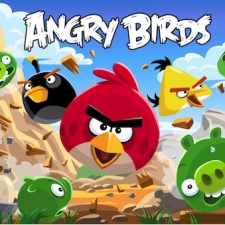 It’s no overstatement to say that Angry Birds is one of the most important mobile games of all time. Although some would argue that it’s sacrilege to compare those colourful avians to Mario or Sonic, what Angry Birds did for mobile gaming, with its move towards more casual gaming and internationally friendly, colourful graphics is arguably as powerful as anything they achieved for their respective platforms.

For those following Rovio’s rise it was a vindicating moment to see a mobile game rise to the level of a bonafide global phenomenon. Alongside Supercell’s Clash series, Angry Birds can legitimately hold its head up as one of many reasons we refer to Helsinki as “the home of mobile gaming.”

Now, as a special feature, we’re exploring the history, victories and near failures of a series on its meteoric rise to the top. Beginning of course with their developers, Rovio.

Rovio was founded in 2003 by Helsinki University of Technology graduates Niklas Hed, Jarno Väkeväinen and Kim Dikert. The three had previously participated in a mobile game jam that resulted in their first creation, King of the Cabbage World, with which they won the competition and then sold onto developer Rumea, being renamed Mole Wars. It’s ironic then that this company bought up a promising game but ultimately missed out on the mega-hit that came later.

After this initial success, and graduating from university, the three friends came together to form… Relude. Yes, surprisingly (to those not familiar with the story) Rovio proper was still a few years away from its formation. Instead Niklas, Jarno and Kim led the company as it developed mobile games in partnership with a number of major publishers and for a variety of platforms including Nokia mobiles (and their ill-fated N-Gage) and Java ME.

In 2005, Relude would become Rovio (Finnish for ‘Bonfire’ as they so often like to tell us) and continued their various development work. Although they had many partnerships and investors, unfortunately, by 2009 the company was close to bankruptcy. Having reduced from a peak of fifty employees to just twelve.

That was when Jaako Iisalo entered the picture. Although the standard underdog story would have you believe Jaako was the scrappy outsider whom few believed in, in-fact he had been working for Rovio for years and had also pitched games to them previously. Jaako had a new idea for a game, so when the call went out for concepts from the team, he brought the design to management, now including Niklas’ brother Mikael.

That first screenshot proposal showed only the barest resemblance to the game we now know and love, but it did have the grounded birds and colourful blocks in place. However the famous slingshot was nowhere to be seen and the Birds were decidedly earthound. Although, the oft-repeated rumour that it was originally given the rather grim sounding title "Depressed Birds" isn't in-fact true according to Rovio. Either way, this early design resembled a twist on other games at the time like Crush the Castle, its initial design was based more on the keyboard controls and flash-game aesthetics seen on browsers.

By now, Rovio only had the money for one more game, and it had to be a hit or the company would fold. Fortunately for Jaako and for Rovio, they elected to develop the Depressed Birds concept, and eventually it became what we would now recognise as Angry Birds.

The addition of certain elements, in particular the pigs, is rumoured to be based on the then ongoing swine-flu epidemic across Europe. Although if this is the case Rovio does not include that in any official documentation. However it's testament to the then opaque development process. Soon the graphics became more colourful, the iconic slingshot was added and the gameplay shifted from the birds merely jumping at blocks to being launched via slingshot.

Angry Birds was released in 2009 to positive reviews, but the game turned out to be a slow burner. Initially it was a paid-for title but as free-to-play took off soon there was a ‘Lite’ version on iOS that could give a game-hungry audience a taste of what Angry Birds had to offer. Soon, its easy-to-pick-up controls and fun graphics and gameplay encouraged players to splash out on the full version, quickly accruing 2.4m downloads.

From there, it’s history as they say. Rocketing upwards, Angry Birds was soon the iOS app store’s top game with 6.5 million sales and 11m free downloads. It won awards and was the second iOS game to sell five million copies although it would face competition from contemporaries such as Doodle Jump and Cut the Rope. It also was the first mobile franchise to have its own Hollywood movie and numerous products including a hit line of plush toys and its own cartoon series.

In many ways, the rise of Angry Birds represents the flip from the days of ailing Nokia’s hold on the market, and the move to the burgeoning app stores as places to find and enjoy colourful all-ages games. Take a look through our archive and you’ll see that wherever there was a flashpoint of major news at the time, Rovio and Angry Birds were never far from our pages.

Making good on a mega-hit

Angry Birds is most comparable to Mario and Sonic in one very key way: multimedia presence. Cartoons, plush toys, books, and TWO feature films which actually puts the aggravated avians on even footing with Sonic, and one over on Mario (as of the time of writing at least). Rovio, by 2010 quickly noticed the multimedia potential of Angry Birds and started commissioning toys to capitalise on their younger audience. Even now Angry Birds toys and collectibles are a key focus of Rovio’s business.

Rovio was also an early utiliser of seasonal events based around holidays and key dates. This helped to propel the game forward further and bring in returning users. Then there were the brand collaborations, as Angry Birds became one of the first mobile games to produce an official crossover game with the global mega-hit film series Star Wars. Not only did it set a precedent for future game collaborations, it also showed that a simple cosmetic overhaul and other elements could produce an enticing product for users.

In 2015, Angry Birds 2 would hit the app stores and become another bonafide hit, supported to this day by Rovio. VR games would follow as would spin-offs like Angry Birds Journey. While they all played with the format, the core gameplay remained the same: Knock down the towers, kill the pigs. In a way the core gameplay loop was as timeless as Sonic’s running or Mario’s platforming, needing only a quick remix to build an entirely new game around.

Angry Birds also became not just an example of, but THE example of mobile gaming. People of a younger generation like me that grew up when the stores were first packed with smartphones on display can remember that for any ‘family’ device like an iPad, Angry Birds and maybe Cut the Rope or Fruit Ninja were always front and centre. It was understood that adults played them, yes, but that kids who were bored could easily have their time occupied by these apps. In that way, Angry Birds became the ‘poster child’ of game apps as a hardware selling point.

It didn’t take Rovio long after success hit to expand and grow themselves into one of the largest and most influential mobile gaming companies today. They opened new Stockholm offices, as well as offices in Barcelona this year. There’s a reason why they’ve consistently entered our Top 50 Mobile Game Makers list, as they’re always at the forefront of what people perceive THE mobile game industry to be.

So why was it successful?

When it comes to the success of Angry Birds, one point is key: the controls. By utilising the touch-screen in a game built for it, Rovio showed just how one could build a deep and relatively complex game with nothing but a single finger pull and a few taps. It was, in many ways, an example of immersion, allowing players to feel as if they were controlling the action with a gesture despite the lack of haptic feedback.

Like Fruit Ninja and Cut the Rope etc. All of these early major successes did not try to emulate other games. Instead they worked with the touchscreen controls.

What made Angry Birds so appealing? Well in terms of art and design it’s quite simple. Slingshot and launcher games are one of many genres that had their start in the days of flash games, where experimentation and innovation were key to visibility, but any ‘serious’ development was virtually unknown. By taking that concept and applying it to a simple puzzle game, Rovio hit a number of key points for mobile. Replayability, basic brain-teasing, the pursuit of perfection and casual gameplay. You didn’t need to be a master to play Angry Birds, or even succeed at it, but it still left space for the pursuit of mastery.

The simple art-style ditched any attempt at AAA competitive graphical fidelity in pursuit of a more cartoony, stylised approach. While games that were graphically impressive for a mobile device at the time have aged like milk, style never goes out of fashion.

Violence was nowhere to be seen, with dead pigs disappearing in a puff of smoke and the rather grim tactics of the birds going unaddressed. At the same time there was an occasional bit of edginess, such as the pigs becoming visibly bruised as you struck them, which pushed the all-ages appeal of Angry Birds.

Rovio also rapidly expanded their brand, not just through multimedia but also by pursuing new game concepts on multiple platforms including VR. History is full of amazing games that never made an impact because of poor timing, poor advertising or other business missteps, but a game like Angry Birds took a good concept and ran with it. It showed that success beyond anything even the ‘big’ console and PC games could dream of was not only possible, but would for mobile become the norm.