The Wright Stuff: Gamers should be doing it for themselves

The mobile games veteran wants you to make your own 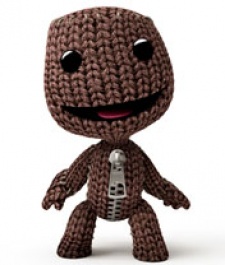 Coined by then Sony Worldwide Studios president Phil Harrison in 2007, Game 3.0 is probably one of the more annoying terms to come out of the industry, but the trends he was trying to encapsulate are certainly taking off. The whole idea of Game 3.0 is that with the advent of always connected consoles, games will become a blank canvas for users to create and share. This follows on from the social networking and Second Life excesses of Web 2.0, although quite why we're 3.0  maybe games are better or it's just taken us longer to get there?Anyhow, LittleBigPlanet is the poster child of this user-generated movement, and as a game that's both fun to play and creative in an inspiring and interactive way, I can honestly say there is little that comes close. I've been lucky enough to have been playing the beta through a friend of mine who works at Media Molecule (thanks Martin). The game is simply stunning.But enough of plugging a friend's game. What has this got to do with mobile I hear you ask?Well, mobile should be an ideal platform for this type of user-generated content: it's connected and every piece of content delivered to a mobile is served digitally. Although the small screen size has worked against providing us with a rich interface for creating games in the past, the advent of devices like the iPhone, with its brilliant user interface and big screen, should provide the ideal device for games that drive user-generated content.The thing is user-generated content is hardly new. Look back into the history of games and you will find classics like Pinball Construction Set, Racing Destruction Set and SEUCK (Shoot 'Em Up Construction Kit). And this is before you get back into the massive range of adventure games released in the 1980s using tools like The Quill. All of these tools demonstrated the potential for letting players build their own games rather than simply playing a pre-existing game. The ability to share and rate the games is the real high octane fuel to light the touch paper though. Now the best, worst or most viral content can quickly rise to the top of the pile, and we know everyone loves a fad.So, the latest generation of mobile phones are ideal for this type of game. The backend support through popularity-driven online stores is in place. Plus, a lot of people seem prepared to spend small amounts of money on such entertainment. The opportunity is certainly there for the right developer. Unfortunately, at the moment no-one in mobile seems to be going down this route. Whatever happened to Nokia's Yamake I wonder? Which all leaves me having to play LittleBigPlanet. To be honest though, that's no bad thing.

After 12 years in the games industry, the last eight as head of production at I-play, Chris Wright finally has escaped. He now runs his own consultancy focusing on casual games.All opinions expressed are the author's own.