SGN: 'iPhone is the future of social mobile gaming' 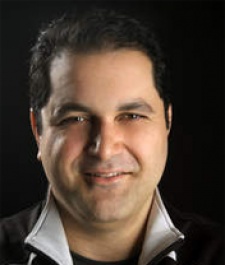 July 1st, 2009 - 12:08pm
By Stuart Dredge, Contributing Editor
Social games firm SGN has been one of the most successful iPhone games publishers so far in terms of downloads. CEO Shervin Pishevar gives the latest stats.

Many of SGN's iPhone games have been free titles, which has boosted their popularity. However, the publisher also has premium games available, such as its latest title F.A.S.T., whose 3D visuals belie the common perception that social games have low production values.

Meanwhile, SGN seems well-placed to explore the new area of in-app payments on iPhone, judging by its success selling virtual items in its Facebook games.

"(fluff)Friends on Facebook is doing an average of $50 in microtransactions per paying user per month so it has a very passionate community of users who are buying pets, virtual goods, foods and so on," he says.

"Now we've just launched subscriptions and it comes with currency in the game. We have actually started to ship the physical pet a la Webkins. What this shows is that it is a really unique model: Microtransactions connected to a Facebook game that creates a unified connected platform."

How about the increasingly talked-about idea that social games will have a big impact on traditional console platforms? Not kill them, as such, but show them a different evolution path for the future.

Pishevar points out that one of the crucial differences between social games and console games is analytics. "SGN has a lot of data coming in every day that goes right back into product development," he says.

"Business models have shifted underneath traditional console companies. It is now easier for small nimble companies to come in and innovate and shift the gaming space. SGN is able to go from ideas to execution to game launch within 30 - 45 days, which is unheard of."

However, he also thinks iPhone currently has an advantage over traditional game-playing devices in the way Apple keeps introducing new features for developers to use.

"The key to gaming is the ability to update the device and regenerate and repurpose it as new technologies and new features continue to be added," says Pishevar.

"For example, F.A.S.T. has console-quality 3D graphics and takes advantage of iPhone 3.0 capabilities such as playing against other users via Bluetooth. This is why the iPhone has become such a successful social gaming platform. Both software and physical permutations that come out for the iPhone will continue to expand the ecosystem."

It's no surprise, given the download figures and development potential, that Pishevar is extremely bullish on iPhone's role in the social games market.

"We believe the iPhone is the future of social mobile gaming," he says, and suggests that SGN has been more aggressive in expanding onto the platform than its rivals.

"Even though many rivals have gotten bigger than SGN on Facebook, it has surpassed them on the iPhone while maintaining key games on Facebook, such as (fluff)Friends," he says. "Now, we look to take advantage of our cross-platform reach."

That means making money, of course, which comes back to virtual items, but also advertising. SGN's recent iPhone games, including F.A.S.T. and Vampires vs Werewolves, are designed to include in-app payments, including mission packs, improved skills and supplies.

With the convenience of purchasing new levels of content built into the iPhone OS 3.0, the possibilities for future games, enhancing games and making game play even more advanced are incredibly exciting," he says.

"We have a vision of creating immersive games with robust user pay models. From the beginning, SGN recognised that the only viable model would have to generate revenue from both advertising and user pay for in-game items or advantages."