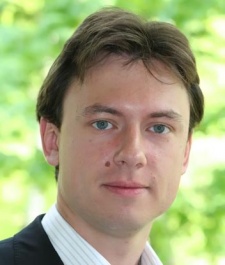 Founded in 2005 in Moscow as a mobile work for hire studio, it's expanded quickly, also becoming a PC casual company specialising in time management and hidden objects titles. Then, in 2006, it floated on the Swedish small cap market, resulting in its present designation as being Russian/Swedish (or Swedish/Russian).

Since 2009, it's switched from PC to mobile, although still maintaining its genre focus, with titles such as Supermarket Mania, Stand O'Food, Virtual City and Special Enquiry Detail.

Now, however, with a new sales office opened in the US, and additional investment raised to further expand the business - both in terms of release activity as well as territorially - global ambition is the way forward.

"We've seen the opportunity for the sort of games we make and publish explode as we've moved from PC to iOS and now Android," Suglobov explains.

G5 is strengthening its links with independent developers around the globe. Working with them to pass on best practices concerning how to develop compelling games that work well on smaller screens, it's keen to ensure the business is mutually beneficial.

"It depends on the deal, but typically we don't need to own the IP," Suglobov says.

"We have to ensure our developers are happy. That means they're more invested in the game they make, which means the game is higher quality. IP is important, but in some respects I think it's less important in this market."

Of course, that's a relative statement. G5 has its own in-house brands, while new funding could also provided the opportunities to acquire the right IP and development talent.

"Last year, the overall split between internal and external was about 50:50, but our biggest sellers have always been internal," reveals Suglobov.

Currently riding high in the charts is Special Enquiry Detail: The Hand that Feeds, which mixes hidden object with adventure.

"Hidden object games are really popular among both female and male audience, and Special Enquiry Detail shows there's a big demand for these games even on smaller screens. The game has been number one top grossing iPhone app in the UK," he explains.

And it's this success that G5 will be looking to build on into 2012, with its promise of releasing one new mobile game every week.

Suglobov concludes, "We want to work with the best developers and build a global business. We believe we're already the number publisher in these genre."

Now the goal is to prove it.