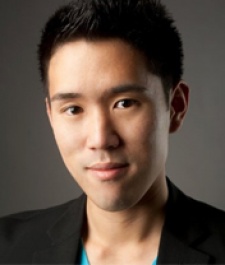 While Foursquare led the way in terms of check-ins app, Booyah's MyTown took location firmly into games territory - and proved to be a success in the US.

The company hit something of a speed bump in 2011, however, with co-founder and CEO Keith Lee moving to an advisory role and COO Jason Willig stepping up to lead a re-evaluation of the business.

Now, it's back with MyTown 2 released in November, and director of business development and strategy Brian Cho believes the success of the firm's franchise proves users enjoy location-based play, but only when it's well implemented.

We caught up with Cho to ask why he thinks now is the time to really push location-based games.

Pocket Gamer: Why do you think location-based games have the potential to be a significant part of the industry?

Brian Cho: Unlike games in the traditional context, location-based games enable players to play in the real world.

Smartphones are becoming an inelastic good and it has enabled a new vertical for the industry. As smartphone adoption accelerates even faster, you'll see more innovative mobile games that will make location more contextual.

Imagine being able to play Monopoly or survive a zombie apocalypse out in the real world. We've seen some very compelling location-centric engagement numbers across our portfolio and we're very bullish on the potential of real world gaming.

What are your views on balancing gameplay between single and multiplayer elements?

We believe that social and location go hand-in-hand. The original MyTown worked very well for us because it was often compared to a game of Monopoly for the real world.

There was something very novel about owning a business, having your friends check-in to your building and then having to pay you rent.
MyTown 2's major updates since launch primarily drove features like visiting friends' towns and social gifting. These social features only add engagement and the sense of realism to our location-based game and we plan on placing emphasis on multiplayer elements moving forward.

What are your views on a/synchronous play with respect to multiplayer features?

I think it really depends on the game.

We like the asynchronous aspect for a real world city-builder like MyTown 2 since it doesn't force players to be live at the same time to enjoy the social features like gifting and franchising businesses.

What are the biggest challenges that need to be solved in location-based games?

There is innately a lot of 'check-in friction'.

The idea of checking-in is pretty unusual to players not familiar with Foursquare or Facebook Places and some are obviously not comfortable with sharing their current location.

In addition, there are design and technical constraints on the developer side when trying to create these games from scratch.

I think developers need to be very tactful about these issues while thinking about developing a fun game that emphasises location as the core experience rather than just an added feature set.

What do you think gives Booyah a competitive advantage?

We've been working very hard on developing meaningful location-based games since our company's inception in 2009.

'Where you play matters' is our company's slogan and that's been proven out so far in the massive adoption of the MyTown games.

Through millions of our highly engaged users and proprietary technology that enables us to deploy new content on a regular basis, we hope that we will maintain our advantage for the foreseeable future.

Above all, I believe our biggest strength comes from placing emphasis on quality - our founders hail from Blizzard - and releasing the most enjoyable games possible for our users.

Aside from your own titles, are there any other location-based games you enjoy playing?

It was a refreshing take on the mob war genre of games and I thought they did a great job integrating real world places with competitive and PvP mechanics.

Do you think the inclusion of GPS and mobile-like social features in the PS Vita will help the market's growth?

I'm not so sold that the Vita will help this specific market's growth. I can't imagine myself taking the Vita with me when I go to my favourite restaurant or run errands at the bank.

I think it's an amazing gaming device that delivers console-like experience on the go, but I don't think the Vita is a truly 'mobile' device relative to an iPhone or even the iPod touch.

When's the last time you checked-in with Foursquare?
Foursquare is actually one of my favourite utility apps and it's done a great job in executing discovery around places.

I still use it frequently when I travel to discover new places and read user tips. I actually used it just few weeks ago to discover an awesome hole-in-the-wall dim sum place in Hong Kong.

Where can check-in tools go next?

I believe the 'check-in' has become more of a feature set than a standalone product in the past year.

As seen by the heavy places integration in Facebook's new timeline and the success of Foursquare as a stand alone app, I believe that location-centric apps still have much room for growth.

What's next for Booyah?

Our strategy will remain simple for the foreseeable future: we want to become the category leader in location-based gaming and continue to produce hits like MyTown that will drive millions of players to enjoy our games.

Location isn't a means to an end or a feature set for us, it's at the core of every product that we build. We plan on expanding our portfolio to take on various genres of real world games and continue to prove out our statement that where you play matters.
Thanks to Brian for his time.

You can pick up MyTown 2 for iOS on the App Store.

MyTown tops 3.1 million users as H&M and Pantene sign up