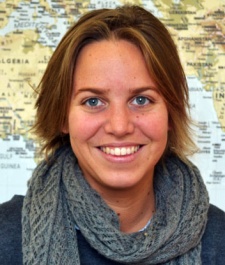 All such companies are posting strong growth as smartphone usage increases globally.

But if that's the 'scale' part of the equation sorted, it's often hiding the all-important 'quality' element which will be required for sustained and profitable longterm success.

US monetisation outfit Chartboost is keen to argue it's taking a balanced approach.

She says it's switched from using impressions as its key metric to get away from comparisons with generic banner advertising businesses.

"Typically our clients are only showing one full screen advert per game session," she explains.

"We're not an advertising network. We think of what we're doing as more of offering a suggestion for another game you might like to play."

Indeed, the company doesn't handle video ads or get involved in the incentivised action business. It even doesn't let any old companies join its network. Only those with enough traffic and good enough games.

Set up by developers from Tap Tap Revenge developer Tapulous, the San Francisco-based outfit also demonstrates how fast the sector is maturing.

From 12 people at the start of 2012, it's now up to 24 staff, including key hires such as Clay Kellogg from AdMob.

Chartboost's also tripled the numbers of games in its network. It's working with key companies such as Beeline, Kabam, Outfit7, Backflip, TinyCo, GREE, Booyah and Pocket Gems.

It's this that's boosted activity on its platform up to 2 billion game sessions per month across iOS and Android. In contrast, it took it nine months to hit its first billion sessions.

"We're very product driven. People can tell we used to be developers ourselves," Alegre explains of the company's approach.

It works by enabling developers who have a large, active user base to sell their inventory directly to publishers, such as GREE, TinyCo and Pocket Gems who have the big marketing budgets for user acquisition.

Both sides win as this approach reduces acquisition costs, while giving developers the control over what adverts run in their games.

Other options include cross promotion, either for companies to promote their own games, or for deals between developers.

"It's all about the exchange. Those direct deals are what adds value," Alegre says.

And that's where the company is now focused on, with the promise of new backend tools to ensure Chartboost fulfils its goal of helping developers make money.

"The same way Unity provides a game engine for developers, we want to become their business engine," she says.