Building more valuable experiences for everyone 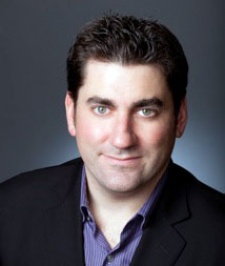 July 23rd, 2012 - 08:47am
By Jon Jordan, Contributing Editor
There's plenty going on in the world of mobile advertising.

Some of the big networks - such as Velti and Millennial Media - have completed their start up journey through to IPO.

However, there are still plenty of relative newcomers thrusting forwards, looking to reinvent the business as well as make the big bucks.

That's the situation with SessionM, although given that its co-founders previously started and sold Quattro Wireless to Apple - subsequently setting up its iAd division, before leaving to create this new outfit - it's clear these are no fresh-faced ingénues.

Backed with more than $26.5 million in VC funding, and recently reuniting with two old colleagues, and gaining one ex-Google executive, it's certainly one of the companies to watch.

A ten-year veteran of the games industry, including running the advertising business for Wild Tangent, chief revenue officer Bill Clifford says there are plenty of opportunities to gun for.

"There are big challenges for developers when it comes to audience churn and retention, user acquisition costs, and inconsistent monetisation," he argues.

Similarly, with some surveys suggesting over 75 percent of consumers are actively annoyed by mobile ads, it's clear that despite its ubiquity, the banner ad is yesterday's solution.

"Brands look at the time people are spending in mobile apps and games, and they want to be more deeply integrated with them, but they don't know how. And they don't have many options other than banners," Clifford says.

This is situation SessionM is hoping to solve with its platform which combines gamification elements and real-world rewards to incentivise users to interact with brands and adverts.

On the simplest level, this means users can earn mPOINTS - the platform's currency - by viewing videos, for example. Not only is this a simple exchange for the user, it means brands can use the same creative content they are already using in other channels.

Of course, to make the most of what SessionM is offering, Clifford highlights more complex integrations.

"We had a campaign with Adidas around the NBA Draft in which users played a mini-game for 30 seconds to earn mPOINTS," he says. "Brands like this sort of thing, because it's all about the consumer experience and engaging with their ads to amplify this."

Other options include integrating the platform within brands' existing apps, or using social activity on Twitter, Facebook and location-based services.

Likewise, developers can use the platform with their games to drive new installs, as well as generating revenue through its premium ad inventory.

Still, what will be key to how well SessionM addresses this market will be the user reaction.

Other companies in the space, including direct competitors such as Kiip and indirect ones like Tapjoy - are expanding their reach, pushing from being b2b operations into what could be called 'consumer lite' brands. 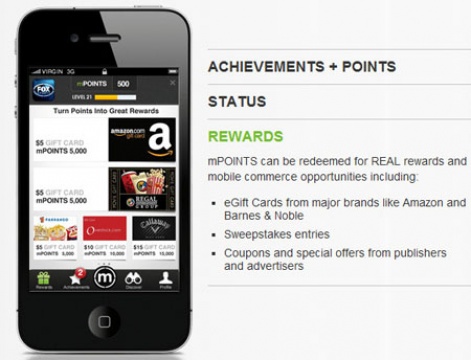 With mPOINTS redeemable for rewards such as Amazon gift cards, sweepstake competitions and coupons, it will be interesting to see how much SessionM pushes this element in future.

"We are seeing some consumer interest in terms of where they can get more mPOINTS," Clifford says.

But as with all start ups, SessionM also looking to expand its headcount in Boston, San Francisco, New York and Los Angeles, as well as attracting more developers and working with more advertisers.