New outfit Playground asks, Do you want to build a marketing team or work with a publisher?

Maarten Noyons on being a different sort of publisher 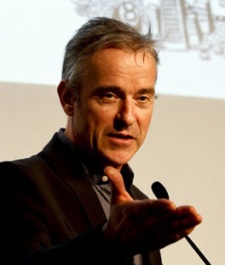 June 20th, 2013 - 05:47am
By Jon Jordan, Contributing Editor
As the mobile games industry gets increasingly competitive, we're seeing a cyclical rise in the importance of publishers.

Not only do they have access to a level of marketing, PR, analytics and monetisation that is difficult for developers to maintain in-house, but old advantages such as cash and audience reach have never really diminished.

But even publishers are changing, with a new breed emerging, who want to work with developers in more collaborative manner.

That's the thinking behind Playground, the Marseille-based outfit that backed by Japanese outfit MTI, and headed by Maarten Noyons, previously best known for his work running the International Mobile Games Awards.

We caught up with Noyons to find out more.

Pocket Gamer: Can you give us some background about Playground?

Maarten Noyons: Playground was formed a year ago with the focus of challenging the status quo on the mobile, tablet and smart TV gaming markets. We want to provide new games to an increasingly maturing and demanding audience.

You say you're a different publisher to all the rest. How are you different?

There are a few reasons.

More generally, why does a developer need a publisher?

They don't. It's a question of how you want to build your company. It's clear that every game needs to be promoted and its lifecycle managed for it to become a success.

You say you'll cover all platforms from phones to tablets, PC, console and smart TV. That sounds very ambitious?

We actually say that we will place a game on the platform it needs to be on. A location-based game does not belong on a TV, so we won't place it there.

But our game Kodo, for example, belongs on every platform, and we will do our best to execute on this vision. And if we deem that it should be played on a refrigerator, we are going to place it there too.

You've signed your first titles, so tell us more?

Yes, our first games are coming out this summer.

As stated, we are working on our own IP Kodo, which goes out in Asia soon on iOS and Android. Kodo has won the International Mobile Gaming Awards twice, but hasn't been published thus far. It's a great party game and now also a great single player free-to-play game.

Space Qube is another of our first games, developed by a team of two industry heavy-hitters in Taiwan. It's a retro/futuristic shoot-em-up featuring an innovative in-game 3D character editor. Also free-to-play, Space Qube will be hitting the Apple App Store over the summer.

Our third game is coming from a great developer in Madrid called Immersive Interactive. More to follow on that one soon.

Playground is based in Marseille, which is a little off the beaten track. What's the advantage of being based there?

Next to the Bay Area in the US, there's not one hotspot for mobile games publishers. It is happening everywhere.

In Marseille, where currently the majority of our team is, we are on one of the most beautiful coastlines in the world surrounded by national parks at a cost that is 30 percent lower than Amsterdam, Barcelona or Paris, and with 300 days of sunshine per year.

And there are also quite a few game companies situated in Marseille, with whom we have a great working relationship, but we can get quickly to wherever we need to be in world.

Do you have other offices?

We operate globally and have a team spread out across the world.

We are opening an office in Finland, with Markus Råmark looking after the next big hit from Finland that will fit the Playground DNA. We have an office in Amsterdam and some people are working with us on the US west coast, and we have a tight relationship in terms of the Japanese market through our largest shareholder.

Also, we've built our teams in such a way that we will be ready to scale Playground very quickly when the time is right.

You're a joint-venture with Japanese publisher MTI. How does that work?

MTI is a mobile content behemoth in Japan. It's our biggest shareholder and keeps our feet on the ground in Japan.

It can provide the marketing power and backing if we decide to publish a title in Japan.

You're into heavily interested in location-based games. What's the attraction?

Location-based games were proven commercially in Japan a long time ago and are still going strong. Using the analogy of in-app purchase and the freemium model, it is only a matter of time before location-based games are going to happen in the west too.

We are perfectly positioned to be a part of this second wave and would love to hear from any developers working on location-based titles.

Do you have a plan in terms of how many titles you expect to launch in 2013, and what's first?

In 2013, we will launch between 6 and 8 titles. And look out for Space Qube this summer- coming to all the smartphones near you.

Thanks to Maarten for his time.

You can check out what Playground gets up to via its website.