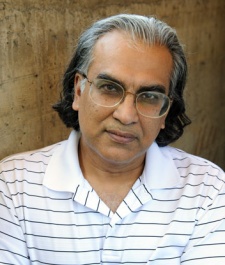 August 16th, 2013 - 01:00am
By Jon Jordan, Contributing Editor
Having experienced success with his YouWeb incubator, entrepreneur Peter Relan is now looking to the future.

He's raised $2 million to start a new program - called studio 9+ - which is focused on bringing the cutting-edge qualities of mobile game developers into the wider app world.

He argues game developers are the fastest to figure out how to handle disruption, in terms of new creativity, but also in terms of free-to-play plumbing such as user acquisition, funnel analysis and monetisation.

Equally important, game developers demonstrate passion for their work and can operate frugally for long periods as they seek out commercial success.

"With the mobile market scaling to 6 billion users, this is a massive opportunity for sectors ranging from social networking and communications to location-based services, education and ecommerce," Relan enthuses.

The plan for 9+ is that the San Francisco-based incubator will accept 12 start-ups (or individual entrepreneurs) into a nine month mentoring program.

As for the program, it's systematically broken down into three three-month periods, which will prepare the teams in terms of coming up with a minimum viable product, working out their market fit, and finally building a team and raising investment.

In terms of initial funding, the incubator will provide each of them $110,000.

"It's more time and money than any other incubator," Relan points out, also arguing there are now too many incubators; weakening the market.

"You have to have a strong concept in terms of what you're doing," he warns. "People forget incubators are start-ups too, and 98 percent of start-ups fail."

Happy in this context to wear the label of being an "iconoclast", Relan says his vision for 9+ Studio is clear.

"Mobile gaming is become more mature and consolidating fast, so I think this is the right time for game entrepreneurs to look more widely," he says.

Of course, given his previous experience with companies such as OpenFeint, CrowdStar and Agawi, he's not totally turning his back on games.

Indeed, the first company to be accepted into 9+ Studio is OpenFeint co-founder Jason Citron's Hammer & Chisel, which is working on a tablet-first MOBA game called Fates Forever.

You can find out more about the program via its website.