A scene 'transformed': Hothead on Vancouver's turbulent transition from console to mobile

From triple-A, to downloadable, to mobile 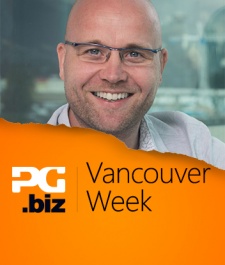 Hothead Games first set out its stall in Vancouver back in 2006, when it was formed by a team of Radical Entertainment veterans.

During their time at Radical  which has been based in Vancouver since 1991  Hothead's founders had worked on triple-A console titles such as The Simpsons: Hit and Run, Incredible Hulk: Ultimate Destruction and Scarface: The World is Yours.

At Hothead, however, the aim was to do something different.

"The vision for Hothead was to focus on digital distribution, allowing us to self-publish and have more control over our destiny than at a work-for-hire studio," explains director of marketing Oliver Birch.

The fruits of this period were a series of well-received downloadable titles, such as The Maw, the Penny Arcade Adventures series and the Deathspank trilogy. But in spite of its success, Hothead wasn't wedded to this PC and console focus for long.

"In 2010 we saw a huge opportunity to transfer our focus to the emerging mobile market," Birch explains. "It was a risky move for us, but it proved to be the right one. We found big success with our Big Win Sports series and Rivals at War games for iOS and Android. "

Apple and the tree

So, although Hothead founders Vlad Ceraldi and Joel DeYoung had left Radical Entertainment, the pair didn't want to leave Vancouver.

"Vancouver is a real nexus for talent in the video game space, so it made sense to setup our studio right here," Birch explains. "Excellent talent from many local studios have joined our team, now housed in a unique space in East Vancouver.

"Our office is a 10 minute cycle ride from the main downtown hub, and is close to busy districts like Broadway and Commercial Drive. The phenomenal panoramic views of the North Shore mountains out our office window don't hurt either."

But in addition to some enviable views, Birch also notes that the studio benefits from close proximity to Vancouver's Centre for Digital Media, "which offers some unique inter-disciplinary graduate programs."

"Vancouver has excellent universities and a long pedigree of technology companies, so the talent here is expansive."

But, more broadly speaking, it's the city's close-knit community that Hothead values.

It's a response shared by all of the developers we've spoken to in Vancouver, but Birch is particularly enthusiastic about the local industry's comradeship.

"There is a huge sense of community among developers in Vancouver, as many individuals have previously worked together at other video games companies in the area and have seen the industry grow and develop over time," Birch explains.

"It is supremely healthy. You will often see people from different studios mingling and discussing work with each other at the Vancouver Social Games or Full Indie meet up events, and these events have blossomed in recent years.

"VSG regularly receives guest speakers from other technical hubs like Silicon Valley. Hothead has represented at these events, airing our experiences and freely sharing our understanding of the mobile space to large audiences of our fellow developers."

As for Vancouver's oft-discussed period of closures and layoffs that took place in 2012, Birch sees the downturn as a product of industry transformation  and notes that worldwide development talent is still attracted to the area.

"Companies focused on console have certainly felt the pinch as that segment of the industry has experienced a recent downturn," Birch begins. "But that same period also saw a good number of new studios focused on social and mobile games pop up all over Vancouver.

"This new foundation has seen the likes of Kabam, DeNA and GREE invest in studios here," he notes.

Of course, Hothead was already well established by the time this downturn rolled into town, but as the likes of Rockstar and Ubisoft were forced to pull out of Vancouver altogether, we wondered what factors Hothead credits as the key to its continued success in the region.

"At Hothead we have a flat structure that helps us make decisions quickly," Birch explains. "Our focus on self-publishing means we have closer contact with the people who actually play our games, and we've always felt that was a factor in our success."

"But primarily, I think it was seeing the writing on the wall about how the industry was shifting to mobile that has helped us the most."

As Canadian as maple syrup

Given he's closing our week long look at the mobile development scene in Vancouver, we ask Birch whether he thinks there's a particular style or hallmark associated with Canadian (or even Vancouver-ian) games.

"I don't think there is necessarily a style associated with Canadian games development, but there is a rich history of successful studios and even more successful games," he replies, "particularly from Vancouver."

"The world likes the games we create," Birch explains, with quiet understatement. "And they have shown this by voting with both their time and money."

Hothead Games takes a step into the third-party publishing business