Big Fish: F2P teams should not work on premium games 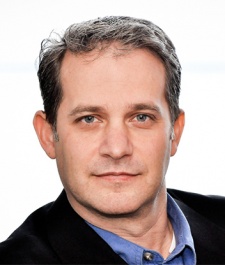 Big Fish is used to doing big business on mobile. With over 11 years experience and more than 300 mobile games in its arsenal, the casual gaming specialist has stood firm while big noise rivals have come and gone in the blink of an eye.

Indeed, when we caught up with Big Fish CEO Paul Thelen at Casual Connect in Kiev, the overriding impression the company founder gave was an unwillingness to chase the latest fad.

When faced with the shift of consumers away from premium and towards free-to-play, for example, Thelen reveals his company isn't looking to radically "shift" its position. Rather, Big Fish is "expanding" and evolving the definition of what makes a casual game.

He also believes that team working on premium games shouldn't tackle freemium releases, and vice versa. Check out his thoughts below:

Paul Thelen: The strategy right now is that we have a long legacy in premium casual games, games you buy, and specifically originally for PC and then they migrated to mobile.

That business is flat, it's being squeezed by free-to-play.

About two years ago we started to expand our focus to include free to play and as of this quarter, free-to-play is about half our revenue so we've done a nice job in embracing that new model, while still keeping our premium business stable and strong.

The challenge with the premium business is simply that the PC is a declining entertainment platform, and mobile's a very crowded marketplace. Free-to-play generally can afford to spend more per install.

I do believe there's a future for premium games, especially in the linear, adventure-based games that we are known for in mobile, but our focus longer term is to be a free-to-play mobile producer of games, and we're well on our way.

60 percent of our revenue is mobile, 50 percent is free-to-play. Two years ago that was zero and zero percent.

So the company's kind of shifting at the moment?

I'm careful about the word "shifting". It's more "expanding", because we're not walking away from premium.

It's still a very good business, it's still profitable, but it's not growing. We're focused on the growth areas of the business and still maintaining our existing, profitable, legacy businesses.

There's a lot of talk at the moment about the mid-core at the moment. Is this an area you're considering going into?

Mid-core is defined differently by different people  it's often strategy based, and you can't have strategy games that aren't necessarily about male-dominated violent themes. So we will be launching some mechanics that would be described as mid-core.

But probably a friendlier take on it than something like Gun Bros. from Glu and others.

What's special in those games is the strategy elements - it doesn't necessarily have to be a theme that appeals towards the macho male. We're doing some similar mechanics, but with more of a mainstream theme to them.

And how do you get your current audience interested and engaged in a more challenging, more in-depth title?

I wouldn't describe the adventure games we have as not in-depth - they're very deep and immersive titles, more so than free-to-play titles.

The nice thing about free to play is each game can be a 'profit and loss' or a business unto itself. Before with premium games - where it's a case of you play, you finish, you move on - you needed to focus on what was the biggest segment.

The nice thing about free-to-play is you can focus on niche segments much more effectively. So even if only five percent of our audience likes strategy, and you have an appropriate number of strategy games that are called mid-core strategy, that's still a very good business.

Whereas if it was a premium game, trying to get five percent of people to pay a one time fee for a game is very tough. So the nice thing about free-to-play is that it's expanding our breadth of what we'd consider "casual".

What are the greatest challenges for you as a company as you expand into these new areas from a design standpoint?

The biggest challenge is making sure that we have a discreet focus, that the people who are working on free-to-play are not also working on premium, because the way you approach those two designs are very different.

You can cross the chasm as a premium producer and become an expert in free-to-play, but doing both simultaneously is very difficult, because you have to shift back and forth between two different paradigms.

So one of the big challenges is just getting people up the curve. We've hired from the outside some industry experts: John Clark was from Playdom, and an early pioneer in free-to-play, Chris Williams is one of the most die-hard industry spokesmen for free-to-play, and he heads up our first internal studio.

We have some nice veterans of that space, as much as you can call them "veterans" of such a new space... "experts" I'll call them.

They're mentoring a lot of other producers and designers within our company and then we are in turn mentoring. A lot of our third party devs that were focused on premium are now expanding into free-to-play as well, and we're attracting new developers who are free-to-play from start.