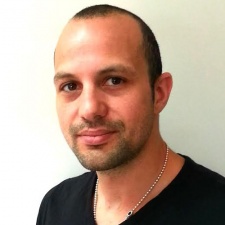 He's been working in the industry for 11 years, making him a veteran of the scene.

Oren Todoro: The numbers stemming from the mobile gaming industry are impossible to neglect. Worldwide spending on mobile games tripled in 2013 to $16 billion. These figures are simply staggering. Digi-Capital also recently issued a report that predicts mobile games could drive the whole game software industry’s revenues to $100 billion by 2017.

From our standpoint, in 2013 Plarium saw its revenues double year-on-year, with over twelve million people playing our games every month. While the majority of our titles are on Facebook, Plarium has since made the transition to mobile with our first iOS game, Total Domination: Reborn.

Distribution, engagement, monetization; in a nutshell those three topics have traditionally been the mobile industry’s biggest challenges as well as its most valuable opportunities.

Looking ahead there’s no question that they will continue to be hot topics. That being said, there are two other segments that I see as a huge opportunities for entrepreneurs. One of them is analytics, the other is beta testing.

Both publishers and advertisers are getting smarter about the data they choose to track, with many advertisers now gauging cost per engagement (CPE) and customer lifetime value (CLV) as opposed to simply tracking cost per acquisition or downloads. Making sense of game data and presenting it in a way that’s easy for developers to digest and act upon is a crucial element of success in the mobile industry.

In regards to beta testing, underestimating the importance of thoroughtesting before submitting an app to the store can be critical. Distributing the app to a handful of potential users is almost never enough, as ultimately the goal is to replicate the customer environment as exhaustively as possible. This again offers both significant opportunities and challenges alike.

Apple recently included a new section for indie games on the iTunes App Store, titled "Indie Game Showcase" which highlights the indie game developers. This should give you an indication that indie games are indeed generating big business. The addition of this featured channel also gives developers on a tight marketing budget a good leg up.

It should be said that there’s beauty in the simplicity and speed in which indie developers can take a swing at the bat. In comparison to their counterparts in film or music, the barrier to entry is very low. Makers of independent games can work alone, on a laptop in a dorm room or while living with their parents in a remote village and potentially make a windfall of money.

Like with all good events, the best takeaway you can leave with are the solid connections you make.

With the vast resources and ease of distribution available to indie game developers, very little is needed to start a games business. A major way this is being done today is by buying and re-skinning existing source code. This is both faster and a lot less expensive than developing from scratch.

Of course, sudden success can be a double-edge sword, as successful independent developers need to quickly become experts at data analysis, marketing, monetization and countless other tasks, all while developing updates for their games. That’s not an easy task to take on alone.

The best indie developers are the ones who are focused on building a portfolio of apps. There’s no sense in risking all your time and energy on one game, when you can build a network of titles. When it comes down to it, creativity and outside-the-box thinking are the key factors to staying afloat and maintaining a competitive edge.

Like with all good events, the best takeaway you can leave with are the solid connections you make. There will certainly be a wealth of knowledge and insight shared at the event, so looking forward to equally learning and contributing some of Plarium’s strategies.

It’s hard to put a finger on any one title that’s made the biggest impression, but there have been quite a few titles that have really pushed the technological boundaries that our mobile devices have to offer. I’ve probably spent more time playing Infinity Blade III than I should have.

Like most avid games, I’m always looking forward to the next great title that’s yet to be released. One of the mobile games I’m most looking forward to is Framed for iOS. I’m a big fan of stylized games, and the look of this title takes me back to classic games like Out of This World.

Graphics and sounds; Gamers' expectations of gaming graphics have evolved exponentially over the past few years. Immersive gameplay will surely be a hot topic to watch.

Grab your ticket for Pocket Gamer Connect Helsinki here now!, and keep up-to-date with news speakers via the website.

Reply
Catherine Caporusso
My husband hired Oren Todoros and his company to market his iPhone app and it ended up being a terrible decision. It took over ONE YEAR (while the app was sitting in the app store) to get a press release drafted, which my husband largely wrote, and when it was finally done, it was apparent that little to no time was spent understanding what the app actually did. The other work done on the app was simply sending a few e-mails (or so we were told) and not surprisingly, there was no media interest. The company was unresponsive to requests for a status and unwilling to give details of the work done. I recommend taking your business elsewhere. When Oren is looking for a sale he'll quick to response but only delivered a small fraction of what he said he would do.
Posted 8 years, 1 month ago