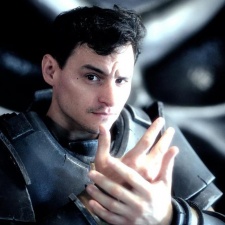 The rise of free-to-play mobile games has provided a great opening for Flash developers.

Structured around a model of releasing a lot of free and very engaging web games, they've built up strong communities of highly committed players.

And the ability to move beyond a pure advertising business model to one that includes in-app purchases has clear opportunities in terms of boosting average revenue per user.

Friction in the system

But, of course, there have been challenges too.

Developing native games that are distributed through app stores is technically very different to building Flash games on the open web.

There are also restrictions in terms of updating content. On the web, you can do anything, anytime, whereas iOS requires at least a week wait for Apple approval.

These are the sort of issues that have been bedevilling Adam Bohn.

The self-styled "world's friendliest and craziest video game creator" and CEO of Artix Entertainment, Bohn - who also goes under the moniker Artix von Krieger - clearly loves the freedom that the web enables. That's one of the reasons that Artix has been relatively slow onto mobile.

Its debut - a symbol-matching RPG called Battle Gems - was only released on iOS in March.

"It was supposed to be a quick two months project, but ended up at eight months," Bohn confesses.

That's what happens when you're building game that's looks to differentiate itself with "massive character customisation".

"We planned 256 levels because it's the square root of my favourite number - 65,536. But we ended up with over 480," Bohn reveals, of the scale of content creep that comes from caring passionately about the games you're making.

"Sure, you can shotgun a bunch of low quality games," he says. "If you want to fail.

"We want to bring to mobile what we have on the web; that's giant dynamic worlds we update constantly."

To that degree, Battle Gems is a proof of concept for Bohn's bigger plans, which revolve around Artix's signature game AdventureQuest Worlds.

First released in 2008, Bohn says the Flash-based MMORPG was way ahead of its time.

Indeed, the game was so successful - over 100 million registers users to-date - he turned down a $84 million acquisition deal.

You can shotgun a bunch of low quality games ... If you want to fail.

"Then we started making flops," he says, with jokey regret.

AdventureQuest Worlds 2 is designed to change that situation.

It's being developed, and will initially launch, on web, with iOS and Android versions being working on concurrently, albeit with a delayed release schedule.

"The future is omni-gaming," Bohn explains. "The game will be everywhere but the web version will have more complicated and richer features."

Rules of the game

It's the approach that best reflects Artix's history and expertise.

"We have a large and loyal audience on the web, but mobile is still a strange beast to us," Bohn confesses.

He says he's been encouraged by the reaction Battle Gems has received, though.

"There's been so much genuine love from the fans and we've had 300,000 installs without any marketing."

Yet, perhaps the biggest challenge both Artix and Bohn have to overcome is the way the games business monetises on mobile.

A free-to-play game, Battle Gems has a soft in-game currency you earn through gameplay, but the only in-app purchases are $1 energy refills and keys to unlock chests, and a generous $9.99 Founder Package, which unlocks everything in game, as well as providing a huge character upgrade for players in AdventureQuest World.

"Our conversion rate was over 50 percent but now it's dropped to around a third," Bohn says of the $10 IAP, voicing his surprise that more players haven't spent what he considers a relative small amount of money to get something he feels offers much more value.

When it's suggested that $9.99 is a relatively highly priced IAP for a mobile game, he's surprised.

"We have $1 purchases, which are like the impulse buy candy bar at the checkout, but we don't want to nickel and dime our players," he says, contextualising the much better value of the Founder Package.

"And some of our competitors sell $40 items. That's mind-boggling." Reply
Summer LaRose
"There are also restrictions in terms of updating content. On the web, you can do anything, anytime, whereas iOS requires at least a week wait for Apple approval."

While that's true on iOS, it's not true for Android. You can get your updates pushed right out for Android games. Really Android isn't that different from Web games in these terms. You don't even have to use any of the App stores if you don't want to for Android stuff - though I'd say that wouldn't be a great idea. Considering just how fast stuff is updated on Google Play the only reason not to use it is if your content isn't getting approved to be carried on it.

iOS may be different and strange but Android really isn't that much different than running a web game as far as updates go and they purposely make Google Play super easy to put your game into and deal with. They've even made a system that makes doing betas of your game very easy with control over who gets in and can download or even see the app listed and stuff.

I'm not saying that it's super easy to work with what with the thousands of hardware configurations and all the different resolutions and things but working within Google Play isn't much different than putting a game up on the web really and the updates happen really fast on it too. Apple's week+ long approval for even simple updates definitely is different but that's just Apple and iOS, not mobile in general.
Posted 7 years, 7 months ago

Reply
jon jordan
The issue is for companies who want to run their mobile games synced across iOS and Android.

In that case, you can release when you like on Android, but to keep your audience in sync, you have to wait until the iOS version is approved and live before you can set the Android version live.