The story so far: Pocket Gems on five years of growth

Daniel Terry looks back and forward 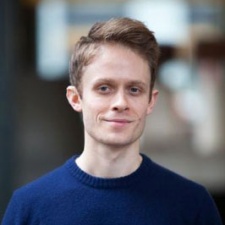 It was five years ago that San Francisco-based Pocket Gems released its first game. In keeping with the times it was social farming sim Tap Farm. Significantly, it was also a free-to-play title.

25 games and 185 million downloads later, the company - which announced 2013 revenue of $82 million - has been profitable and growing every year.

Most recently, it's branched from games into interactive entertainment with its storytelling app Episode, which has had over 850,000 author sign ups.

A good opportunity then to catch up with co-founder, executive chairman and chief creative office Daniel Terry.

Pocket Gamer: What drew you to mobile games in 2009?

Daniel Terry: When the iPhone first came out, Harlan [Crystal, co-founder, CTO] and I both thought that it had a lot of potential as a gaming device. We weren't sure what those games would look like or who exactly would be playing them, but the possibilities it presented were clear to us.

We both really enjoyed playing games and we wanted to see what kind of fun experiences we could make on a new medium.

Relatively soon after that we had our first game, Tap Farm.

What was the inspiration for Tap Farm and how surprised were you when it got 30,000 downloads?

When we were making our first game, we knew it had to be intuitive so people could pick it up easily and have fun with it. We saw right away that making a mobile game presented some interesting challenges. For example, we both had engineering backgrounds but neither of us had really worked in art before.

I was at a bar when we hit 30,000 downloads so it was a definite cause for celebration. It was a very surreal feeling at the time.

Today our games have around 185 million total downloads, but back then 30,000 downloads was a humongous milestone for us.

Pocket Gems was one of the early developers to make F2P social mobile games. How did you pick up on its potential?

We saw that social games on Facebook were doing very well with free-to-play and applying that thinking to mobile made a lot of sense to us.

We wanted to focus on making the core gameplay really fun and not bogging it down with spammy social features.

From very early on, we wanted to focus on making the core gameplay really fun and not bogging it down with spammy social features.

F2P also made sense because it gave smartphone gamers, a relatively new kind of player, a low barrier to entry into a new genre of game. It gave us the greatest potential to reach the most players, which is crucial when you're getting started.

F2P has since been proven to be an incredible strategy for mobile so we were happy to be one of the first developers using the model.

How do you think the type of games you make has changed over the years?

A lot! We've learned a ton in the past five years and our games definitely reflect that. We're currently exploring new kinds of genres that will be exciting departures for us. We're building deeper gameplay experiences that look and feel more like triple-A core games than casual games.

Currently, I think the progress of our games can be seen in titles like Tap Paradise Cove and Campus Life. Both of those games have been around for over two years and still have very active player bases and are going strong.

You moved into publishing in 2013. How has that worked out?

We've gotten to work with some great developers who make games we think are a lot of fun.

That said, we found that being a publisher made it harder for us to focus as much as we wanted to on our first-party games. We are putting less focus on publishing going forward.

Over five years, you've developed 25 games, so how many of them are still live, how many are you still updating and more generally does the long tail work for you?

We've got about 22 games currently live in the App Store. We pride ourselves on our ability to keep delighting our players with our games for long periods of time. For example, we launched a brand new feature in Tap Paradise Cove (launched in March 2012) this month where players can battle each other in guilds and the response has been great so far.

Our live teams are incredibly talented when it comes to thinking up new features and content. Someone picking up the game for the first time and a two-year veteran can both enjoy the game equally.

Your interactive storytelling app Episode isn't a game so what was the inspiration behind that. What's the audience reaction been to it?

Episode is the next step in fulfilling what has always been our vision: building a great mobile entertainment company.

We wanted to ask ourselves what storytelling would look like if it was built from the ground up for mobile? Episode is our answer to that. The writer's portal also lets anyone make an interactive animated story that's part game, comic, and TV show. The audience reaction surpassed our expectations.

Since launching earlier this year, we've seen about 850,000 people sign up to create stories and 300 million chapters read.

What's next for Pocket Gems?

As I mentioned, we're working on some new concepts that I think will really surprise and delight people. The next generation of games we're building will be more core-focused with deeper gameplay and higher art quality.

We're also working on a lot of new mobile tech based around things like synchronous multiplayer and 3D graphics. Stay tuned!