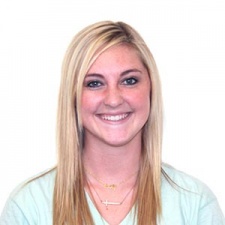 Macy Mills is director of strategic partnerships at US creative agency and app developer Hitcents, where she works with budding startups and progressive companies on potential partnerships.

Macy Mills: There's definitely a few Brits who have got me addicted to their games, like Clumsy Ninja from NaturalMotion.

Something about tickling that little guy always makes me laugh!

The highest grossing games have a lot more capital to reinvest in UA, making it difficult for smaller developers to compete in that market. This means that indie developers, or developers with little to no budget, have to come up with creative ways to gain users outside of paid efforts.

One way to do so, which happened with our game Draw a Stickman Epic, is to hope that the game goes viral.

Now, if you think about that in business terms, it's virtually impossible to create a business model that relies on the probability of rapid spread by word of mouth. There has to be a strategic effort to maximize the possibility that your game could go viral.

Instead of taking that risk, many ad networks offer free cross-promotion platforms, where you can put ads on your games while others are showing ads about yours. This is a great way to get started since there are no up front costs, and hopefully it can generate some revenue that can be reinvested into more robust UA campaigns.

Gaming companies are obviously becoming more interested in publishing their games in different countries due to the market growth in various territories.

[Indies] should continually be trying to meet with publishers to see who falls in love with their game and is ready to make a great deal with them.

As a medium-sized mobile gaming company that decided to set up shop in China, we have over a year of stories to showcase the difficulty of publishing in a foreign country.

One of the biggest problems is the ability of smaller developers to find publishers to launch their games. It can be a daunting task to find a trustworthy publisher in another territory that you are unfamiliar with.

If possible, it's important to have decision makers on the ground in various places to secure the best deal possible for the developer.

At Hitcents we always say, "20% of something is better than 70% of nothing" [in reference to publishing in China].

They need to keep using their creativity to come up with innovative new ways to look at gaming. They should continually be trying to meet with publishers around the world to see who falls in love with their game and is ready to make a great deal with them.

It's important to find that perfect partner who is ready to take a game to the next level.

Definitely. I believe more and more mobile games will be integrated with wearable tech and/or VR. We already see Samsung launching its Gear VR that pairs with the Note 4.

This is just the beginning of a trend toward playing games on multiple devices. I can't wait to see what creative things companies come up with in the wearable space for gaming.

Looking forward to seeing old and new friends in the gaming industry at this awesome conference! Oh, and the party of course.

I think the trend toward famous intellectual property will continue. More and more game developers are seeing the value of IP in user acquisition models and are trying to get their hands on IP.

Similarly, IP owners are starting to truly understand the benefit of allowing developers to publish games based on the IP on mobile devices.

I'm positive not all of these games will be successful, but they sure as hell will all try!

I also believe that premium games will make a comeback.

With the market for mid- to hard-core mobile games growing, some of these will see better financial results by offering their games at a premium price. Indie developers, like Monument Valley creator ustwo, are seeing some success in this arena and I think this will grow in 2015.