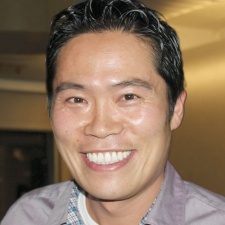 Shintaro Asako is CEO of DeNA West, and will be talking about the future of the mobile games industry in a fireside chat from 10am on 7 July 2015.

Shintaro Asako: Without a doubt, the biggest story in the mobile gaming industry in 2015 so far is the announcement of the alliance between Nintendo and DeNA.

And I say this without a hint of bias!

Each market is distinctive and I believe that mobile gaming companies should take advantage of the "glocal" philosophy. In other words, think globally but act local. It's a matter of understanding your audience and making games that attract them.

For instance, if you were to take a look at the top ten grossing games in the Western markets, not many of those games are new or original titles. I think this is part of the reason why the Western market is not growing as quickly as the Asian market in relation to mobile gaming revenue.

Mobile gaming companies should take advantage of the "glocal" philosophy. In other words, think globally but act local.

There is a massive number of people wanting to play mobile games, but I think that they are primed for a game that will engage them.

Once a game hits the market that connects with the audience, the market will grow.

Growth is always good in an industry and each company has its own agenda and strategy.

If celebrities and brands are bringing revenue, expansion, and attention to mobile gaming companies and the industry in general, it can only be a good thing.

I believe that companies as a whole should always look forward when considering new innovations in their own industry.

That said, the buzz about wearables, VR and AR is warranted. We are a gaming company that is always seeking new technology that can enhance and excite the mobile gaming experience.

Earlier this year we launched Protocol Zero, an immersive first-person stealth adventure for Samsung Gear VR and about a month ago we launched Dingbel, an ultra-simple, non-verbal messaging app designed for Apple Watch.

If there is something that is interesting to us, we embrace the idea, explore the opportunity and learn from the experience.

Again without a hint of bias, I'd have to say my favorite game of the year so far is FINAL FANTASY: Record Keeper. I've always been a fan of the Final Fantasy franchise, and we were excited to be able to work with Square Enix on their beloved series.

The way the game combines all the fan-favorite characters in a modern mobile RPG makes for hours and hours of fun.

The topic will be revealed very soon!

I will say that I am very excited to be at the conference with my peers and I cannot wait to discuss current topics in the mobile gaming industry.

I look forward to seeing what other companies are developing, but most importantly, Pocket Gamer Connects San Francisco 2015 will also give me the opportunity to view near-term trends and where the industry is headed in the future.

DeNA West CEO Shintaro Asako on why Nintendo's 'free-to-start' games will be successful in Japan, China and the west