It's an eSports boom, says VP of Games Jeff Petry 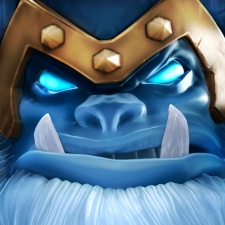 We recently covered the news that US developer Spacetime Studios has entered the mobile MOBA market with the launch of Call of Champions.

And while that story briefly covered some of the ways in which Call of Champions is adapting the MOBA format for mobile play, we were keen to learn more about the specifics of this.

Why does Spacetime Studios have such faith in it, despite the widespread indifference to other mobile MOBAs?

To find out, we got in contact with Spacetime's VP of Games, Jeff Petry.

PocketGamer.biz: We've been jokingly referring to the 'Curse of MOBA' when we discuss the fortunes of the genre on mobile platforms thus far. How do you feel that Call of Champions is equipped to buck that trend?

Jeff Petry: With Call of Champions, we set out to do things differently than what is typical for MOBAs. For that reason, we feel that it's well positioned to buck that trend.

We removed things like item shops, minions and the "it ends when it ends" match time.

We added our "Orb of Death," power-ups and a 5 minute time limit.

It represents something unique and different for the category, and why we say it's "refined for mobile, designed for competition."

As a result, the intensity of the matches is really something to experience.

We have been overwhelmed with how positively players have responded to the game in alpha, beta and now at launch.

The MOBA/eSports space appears to be a winner-takes-all environment, so do you feel that the mobile marketplace can support multiple competing titles?

We do. We believe - as do others - that we are in the very early stages of eSports.

That means the market will grow and evolve, and that as more games and brands and leagues enter the marketplace it will help everyone succeed.

People are already competing professionally in MOBAs, shooters, fighters, card games and sports games. It will be an enormous market, with lots of different players competing in lots of games on multiple platforms.

And they'll be doing it for increasingly larger and more diverse audiences. In a market like that you don't have to be the biggest to be successful - though it'd be nice.

Why the decision to go iOS exclusive, and is a Google Play release imminent?

We've been fortunate to have great relationships with both Apple and Google through the years and really appreciate the support both have given our games.

Expect to see us on Google Play in the not-too-distant future.

Do you feel you background in MMOs will prove useful for your first foray into MOBA?

Without a doubt. We'll put the multi-million dollar tech stack we use for all our games up against anyone's. It scales globally, it performs well on high latency networks, allows us to make frequent updates for our players and a whole bunch more.

Our experience with MMOs also helps us create all the diverse, fun and meta-breaking abilities our Champions have.

We'll ultimately let the market decide if we're an eSport.

And now that we've launched, all the experience we have from running live multiplayer games will help us discover new ways to entertain and delight our players.

Do you have a long-term eSports strategy? Any plans for integration with Twitch, Mobcrush, Kamkord, YouTube Gaming, etc?

For us, it's just been about building a fun competitive game. We'll ultimately let the market decide if we're an eSport.

Watching Call of Champions catch on with streamers on all of those great apps and sites has been one of the best things about making this game.

We either are or will be streaming ourselves on all of them, so we'd love to work with all of them!

eSports/MOBAs are massive in Asia, so do you have a strategy there?

Yes, those are great markets for MOBAs and eSports. We've been working hard to get to our launch, so now we get to move on to looking at the best way to enter those great markets.

As always, more to come from Spacetime!