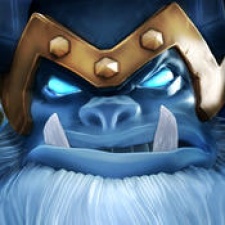 Spacetime Studios, the Austin-Texas studio behind mobile MMOs such as Pocket Legends and Arcane Legends, has entered the competitive mobile MOBA market with Call of Champions.

Competing with the likes of Super Evil's Vainglory and Gameloft's Heroes of Order & Chaos, neither of which has gained a particularly strong foothold in the market thus far, Call of Champions sets itself apart with quick, 5-minute 3v3 bouts built with traditional mobile play patterns in mind.

The aim has been to distill the depth and strategy of the MOBA experience into something more appropriate for mobile devices, and Spacetime Studios CEO Gary Gattis believes his team has cracked it.

“Call of Champions is a hugely innovative game with robust spectator capabilities, and the combination is unique on any platform. In all our years making games, we've never seen players get more excited.”

Plans for organised leagues and tournaments are yet to be announced, but considering the game's focus on spectator mode - which will give players the opportunity to watch live and featured matches - it seems likely this will come to pass.

The social element also has a significant role to play, with players able to talk strategy with teammates, invite friends to matches, and play custom games.

You can download Call of Champions for free on the App Store, exclusively for iPhone and iPad.

I hate MOBAs (but I love Vainglory)