Catching up in Pune 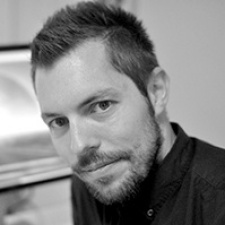 The recent NASSCOM Game Developer Conference in Pune, India played host to more international attendees than ever before.

Among these was Henrik Johansson, designer and artist at Swedish indie studio Mediocre, who opened himself up to an 'Ask Me Anything' session.

However, in-keeping with the resolutely independent spirit of Mediocre, he was quick to assert that this wasn't a business trip. While some were there to scope out the market or eye up potential partners, Johansson's approach was different.

“We've worked with distribution partners a few times for China, South Korea, and Japan,” he explains over a Chai tea.

“It was a trainwreck every single time. It was so hard to find a partner we could trust, and eventually we felt that we're too small to handle that in a good way, so we just dropped it entirely.”

“So, when we go to conferences it's never about business... it's a good position to be in, and it means we can focus more on the important stuff rather than just trying to survive.”

Johansson goes on to suggest that many of those wanting to expand into new territories “get dollar signs in their eyes,” but aggressive expansion is evidently not particularly of interest to him.

“We started renting a place in August [2014], but before that we didn't even live in the same city - me in Stockholm and my colleague in Malmo - so for the first four years we didn't even have an office,” he explains.

For the first four years we didn't even have an office.

Said office, as you'd expect, is pretty small - “we're not big spenders,” Johansson adds - but a shared working environment has nonetheless proven crucial for speeding up the generation of ideas.

“Everything happens faster [in the office]... the best thing we ever got was a whiteboard, and there's just a lot of talk and sitting around thinking,” he says.

However, he goes on to say that this is “the most frustrating part of development,” even though it is an area in which efficiency has improved.

There's no strict demarcation when it comes to game design at Mediocre, with everyone encouraged to chip in equally. However, with an overarching philosophy that each game should come with its own new ideas, it's perhaps unsurprising that the conceptual stage proves toughest.

“We want to make something fresh each time... [genre first, ideas second] is the backwards way of doing it,” says Johansson.

With five games currently under its belt between 2011 and now, Mediocre has proven its ability to generate new ideas. But what was the Indian community most keen to learn from Johansson, and what was the flavour of the questions he fielded at his session?

“I think what most people want to hear is 'how do you succeed in publishing your own apps,' and there is no good answer, that's the sad fact,” he reflects.

“I'd love to give people good advice on that, and I want people to have the courage to publish their own apps. For one thing, Apple prefers to work with developers directly.”

While keen to point out that he's “not an Apple fanboy,” Johansson is certainly in favour of how the firm has conducted its business with indie developers on the App Store of late.

And while the impact of an Apple feature for the big publishers may be diminishing, for the smaller studios it still packs a weighty punch.

“Apple seems genuinely interested in creativity... they've been really good lately to promote paid games,” he says. “They have no [financial] incentive to help indies, but people like us really appreciate it.”

“Some people seem to feel like [Apple] is the mob or something, they have such absolute power, but it's still better than them only helping King or Zynga. You have to remember just how many developers there are out there.”

After all, Mediocre is a studio that's almost diametrically at odds with the likes of King and Zynga, and the fact that both can exist and be featured on the same platform is a positive testament to the diversity of mobile gaming.

Prices are slowly rising again, and I think that's such a good thing.

While admittedly keeping overheads down with a tiny, frugal team, Mediocre has nonetheless stayed afloat by using effectively the same try-before-you-buy premium model since 2011 - a rarity as the mobile landscape shifts ever further towards F2P dominance.

But what does Johansson think of the premium revival widely mooted for 2015 - a trend that, largely, hasn't looked like coming to pass?

“I think [the premium resurgence] is starting to happen a little bit,” he contests.

“Maybe not as much as some were suggesting - I personally didn't feel that it was going to happen at all - but if you look at indies now, a lot of them have the courage to take higher prices, so prices are slowly rising again. I think that's such a good thing.”

Indeed, with Johansson stating that ad integration “removes that ability [to absorb the player] completely,” while purchasable consumables are “not fair to the players,” continuing to bet on premium is really the only option left to Mediocre.

However, he is keen to distance himself from what he refers to as the occasionally “elitist” nature of the indie scene - even when it comes to the free-to-play titles he personally dislikes.

“There's a lot of worship in the indie space, but we need to remember that they're just people... it's the ones who haven't put out their best games yet that are the most interesting,” he says.

“It feels sometimes like a bit of a high school environment. It's the same psychology: groups are forming, us vs. them."

"I mean, personally I'm not a big fan of freemium puzzle titles, but it's not like I hate the people who work on those games.”

He continues: “I have many friends who work at companies like that, I know they have a lot of potential in them, and I would rather encourage them to experiment more and take more risks [than exclude them].”

Johansson goes on to note the good fortune of those in a position “to make the games we want to make,” and that not everybody in the industry has the same opportunities presented to them.

Mediocre, however, is in the position of being able to work on what it wants. So what's next?

Along with the recent port of Smash Hit to the Samsung Gear VR - a smooth and “really brief” project - the current project is “to make a really small game.”

Johansson says “it might even be done before 2016” - a significant departure for a studio whose games have traditionally taken 8 to 9 months - “but we'll likely spend some time polishing before release, maybe do a soft launch.”

The power of soft launch is something Mediocre is now discovering, having failed to coordinate one for Does Not Commute: “[With soft launch], we probably would have found a lot of the frustrating things that people were really annoyed by [pre-release].”

Is this new project the beginning of a shift towards smaller games with shorter development time, then? Will comparable sales figures give the studio food for thought?

Johansson's response, of course, is just as refreshingly simple as you'd expect from a studio that makes creativity the cornerstone of its philosophy: “the concept should always lead.”