2015 in Review: PocketGamer.biz Ric Cowley on Nintendo, eSports and being the Promiscuous Gamer 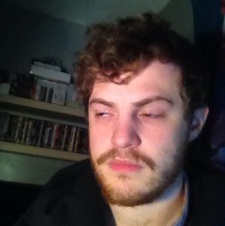 Ric Cowley: While Activision Blizzard's purchasing of King has certainly been on everyone's lips, and has proved useful in explaining to friends why my job is interesting and important, personally it has to be the rather bizarre decision by Nintendo to launch a Mii-themed title as the first title in its partnership with DeNA.

With a wide roster of franchises available to them, Nintendo/DeNA decided to start with something that, frankly, is a sideshow to the main attractions Nintendo has to offer.

And the choice of a chat app, which isn't something that we see very much of in the West what with the ubiquity of Facebook and WhatsApp, might be too niche to appeal to the widest audience possible.

Of course, only time will tell if it was a smart move, or if perhaps Nintendo were just a little too cautious.

And there's always Pokémon GO, which is likely to be a raging success on brand power alone, should the DeNA experiment fail.

As much as I am loath to admit it, eSports has gained a lot of traction and legitimacy in 2015, so it's likely we'll see this continue into 2016.

With the YouTube Gaming app providing really easy streaming and recording for games (check out The Promiscuous Gamer YouTube channel - as below), we might also see more developers making games with this in mind, and creating games that are specifically made for fun streams, as is sometimes the case on PC.

Combine the two and we're likely to see mobile gaming rightfully earning its place among the other consoles in the eyes of "hardcore gamers".

This may not come as a shock to anyone who's read my Promiscuous Gamer column, but it simply has to be Neko Atsume: Kitty Collector.

It is essentially the perfect idle game – you check in when you like, reap the rewards of your minimal labour, and leave. If you're lucky, you might see a cat at some point.

That doesn't make for the most exciting of games, sure, but it's also one of the most accurate portrayal of cat ownership that a game has ever produced.

The cats come and go as they please, and all you do is provide them food to munch and toys to play with. All it's missing is an alarm that goes off at random points in the night warning you that one of them has knocked over a vase.

Now that I am officially a staff writer, I want to push myself to be better at what I do, and develop more in the industry. And maybe finish some games I started working on last year.

For the industry, I want everyone to start thinking about how to make more emotional games and involve story far more than we currently see in mobile games.

It can be done - you only need to look at the incredible Lifeline... for proof. But one game is simply not enough. Keep bringing the fun, but I want to play more games that are going to have a profound effect on me.

2015 in Review: Nexon M's John Robinson on the adoption of alternative marketing channels

2015 in Review: Mobcrush's Koh Kim on the rise of mobile streaming and eSports